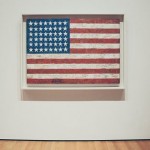 Live via webcast from noon to 8pm is a Christian nationalist celebration called Keep Faith in America.  Hosted by former Congressman Randy Forbes and self-styled historian David Barton, the event is sponsored by the Congressional Prayer Caucus Foundation, a non-profit organization aligned with the Congressional Prayer Caucus.  You can watch various state legislature events and guest speakers via live stream here.

I watched it for over an hour and saw three state events. The first one I couldn’t identify because I tuned in too late and then later on I heard Kansas and Delaware politicians talk about keeping faith in America. Several of the speakers talked about faith and mentioned people of all faiths but the only representative of any faith besides Christianity was a rabbi (I didn’t catch his name). All other people featured during the event were Christian. It became obvious the longer I listened that the event should have been named: Keep Conservative Christianity in America.
These conservative Christians seemed to feel that their faith was under attack. They spoke as if their freedom to practice their religion was in jeopardy. How strange a sight it was to see elected officials standing in places of power praying in the name of Jesus, invoking their specific religion without restriction, and complaining about limitations on their religious liberty. They quoted the Bible as if all religions and people of no religion should respect those teachings. Remember these are legislators who are proclaiming that they, as legislators, need to keep faith in America, but when they say faith, the only faith they are talking about is Christianity.

In the Delaware session, bad history was evident. The final speaker of the session (I couldn’t hear his name) told the story of Ben Franklin’s call to prayer as if the Constitutional Convention delegates actually heeded Franklin’s call and prayed daily during the Convention (they didn’t).
Unfortunately, this looks like another concerted effort to confuse Christians about the actual events of the founding era and church-state relations. This can only continue to lead many churches into a false mission of political activism, aligning themselves with Republican candidates who speak Christianese.