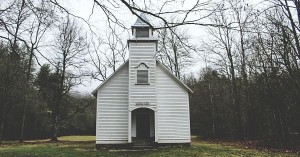 This week, GOP voters in Georgia’s 10th District will decide which candidate, Jody Hice or Mike Collins, will face the Democrat nominee in the Fall. Richard Zimdars, a columnist for the Athens Banner-Herald, watched the two candidates debate and for at least two reasons decided that Collins might be the better choice. First Collins seemed more likely to work with opponents in Congress to achieve legislation. Second, Hice touts an endorsement from David Barton which is a problem for Zimdars. He writes:

Hice’s acceptance of Barton’s endorsement leads me to believe Hice lacks the capacity for close critical examination of his endorsements, not a good sign for the 10th District’s future if Hice becomes our national representative.

This is what Bob Barr should have said about Barry Loudermilk.