When we look at people, should we see color? One white pastor has called for a colorblind approach while promoting a video from a white nationalist website. Understandably, his advocacy for colorblind theology has been questioned.
Philadelphia pastor Eric Mason recently issued this call on Twitter:

We need a modern day ecumenical council on race & justice! We need canons and synods and creeds on this! Come to Philly and we can call it the Council of Philadelphia! Limit it to 300 key men and women pastors and scholarly secretaries. Rebuke the heretics & affirm the sound

From here, it gets really complicated.

His call was a reply to a conversation between the national co-director of Cru Inner City John Sather and James White, a pastor 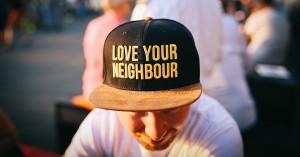 and prominent Christian apologist in the reformed tradition. Given the sprawling nature of Twitter conversations, I will not try to provide a blow by blow account, but what I can gather is that White and several who disagree with him have been sparring for several weeks over racial reconciliation in the church.
White defends what has been labeled “colorblind theology.” I can’t tell (and he hasn’t answered my efforts to contact him) if he coined the term or if one of his opponents did. By that, I think he means that we are all members of the human race. There is no need for whites to reconcile with African-Americans or any minority because Christ accomplished reconciliation on the cross. Any offense of my white ancestors against the ancestors of my black brothers and sisters are covered by the cross so there is nothing for me to do about it in the present. In response to various tweets and podcasts on this topic, pastor Mika Edmonson offered a rebuttal on Twitter which eventually led to Mason’s call for a council. Here is one of Edmonson’s tweets:

Colorblind theology denies
1. God’s promise to Abraham that “in you all the nations shall be blessed”(Gen18:18)
2. The Father’s promise to the Son that “I will make you a light to the nations”(Is.49:6)
3. The Spirits promise to us that “all the peoples will praise God” (Ps 67:5) https://t.co/BbW8tNFzhB

Like many Twitter controversies, some of the conflict is due to the compressed nature of the messages. Communicating in snippets with meandering threads makes it difficult to follow a line of thought from beginning to end. Nuance is possible but more difficult than a panel discussion or a series of articles.
However, what makes me question Mr. White’s sincerity is his promotion of a white nationalist YouTube account: EuropeanUnity565. It doesn’t take much digging to learn that this channel is a repository for white pride and neo-nazi music and protest videos. Here is a tweet where White takes YouTube to task for limiting a EiropeanUnity565 video on “cultural Marxism.”

This sorta tells you a lot about who runs YouTube: pic.twitter.com/K8V4qwptVo

He uses two tweets (here’s the other one) to criticize YouTube for declaring this content offensive. Should these tweets tell me a lot about Mr. White?
I asked White if he knew what EuropeanUnity565 stood for (no answer). Others did the same thing with no response. For instance:

James, i think it’s disappointing you’d be so concerned to oppose “cultural marxism” that you’re willing to post from a neo nazi channel & talk about “totalitarianism” of YT. it’s ridiculous but harmful. you can freely do this & wonder why racial issues are a thing. this is why.

Given his attention to Twitter, it is hard to imagine that he didn’t see these messages.
Colorblindness is one thing, but being blind to white nationalism is another. Could this be a signal that colorblind theology just makes you blind?

In any case, colorblind theology, if I understand it correctly, may be problematic even if there are no deeper, darker attitudes.

“Color-blind” ideology allows folks like James White to employ contradictory strategies of explanation on a case by case basis. Structural arguments are used to explain the actions of heroes, individualistic explanations to explain villains. E.g., from one podcast: pic.twitter.com/CWFWIm77B7

I don’t know all of the practical implications of colorblind theology. Because he seems to minimize social categories of race, I asked White if he favored the Civil Rights Act of 1964 (no answer). I welcome any adherent of colorblind theology to engage me on this point. I wonder if those who consider racial categories to be psychological rather than theologically essential believe American law should allow discrimination.
In one of the podcasts I listened to, White referred to white privilege in a sarcastic manner. I don’t know for sure what he thinks about it, but I am sure it is a fact. My minority brothers and sisters have suffered in ways I will never experience in this country. If being colorblind leads to a denial of reality, then count me out. Indeed, any theology that leads one to be blind to white nationalism is one that is blind to more than color.