Lately, I have gotten several inquiries from readers who have heard that Mars Hill Church leaders considered moving Mark Driscoll and church headquarters to California and that in preparation for such a move, the church made possible a rental property for the Driscolls in Orange County.

Talking with several former leaders and in light of this memo, it appears there is some truth to the story. 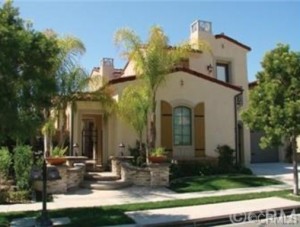 According to those familiar with the arrangements, Mars Hill Church provided Driscoll with substantial extra salary in order to afford a rental home in an upscale, gated Irvine, CA neighborhood (currently $6500/month, scroll down for the rental price history). The church asked church members to donate furniture but paid for furnishings not donated. The arrangement lasted from late 2011 until late summer, 2012. Some former leaders said Driscoll preferred the climate in Southern California. If so, that would not be a shock.

I asked Mars Hill Church spokesman Justin Dean about the story, and whether or not Mars Hill still has property in CA. He replied:

Warren, thanks for your inquiry. We do not discuss salary and compensation details of any member of our staff. However I have also verified that we do not maintain any property or living quarters in the CA area for any staff, including Pastor Mark Driscoll.

Due to the lack of transparency at Mars Hill Church, current and former members have many questions about how money is spent. Clearly, members have been in the dark about how their tithes and offerings have been used. Even Dean’s response is indicative of an area of discussion that is off limits to those people who provide the resources via tithes and offerings to pay the bills for the decisions made by the executive elders.

Edited (8/17/21) to add the memo detailing the plans to move the Driscolls to Southern CA.