Near the end of December, Becky Garrison wrote a piece in Religion Dispatches about the Mark Driscoll plagiarism controversy. In her piece, she referred to a book by Justin and Lindsey Holcomb titled Rid of My Disgrace:

And again, portions of Rid of My Disgrace (2011, Re:Lit), penned by Justin and Lindsey Holcomb, can be found in this book. (Chapter 7 of Real Marriage, contains unattributed passages from pages 16-17 and 27 of Rid of My Disgrace). In an ironic twist, the Resurgence store still sells this book even though Driscoll tried to blame Holcomb for the plagiarism found in the Trial book.

Yesterday, I noted that the Kindle version of Real Marriage has been slightly (but insufficiently) modified to mention the Driscoll’s use of Dan Allender’s work in The Wounded Heart. I wonder if the next Kindle correction will be a more adequate reflection of the debt the Driscolls owe to the Holcombs.
This case is an interesting one in that Real Marriage mentions the Holcombs many times. The Holcombs are mentioned in the Acknowledgments and their book is cited in the end notes. However, this situation demonstrates how an author can cite a source and still not give adequate credit. As I will show, Real Marriage needs to be corrected to properly and completely cite Rid of My Disgrace.
Probably the best way to do this is to provide a passage from Real Marriage followed by the source material from Rid of My Disgrace.
From page 125 in Real Marriage: 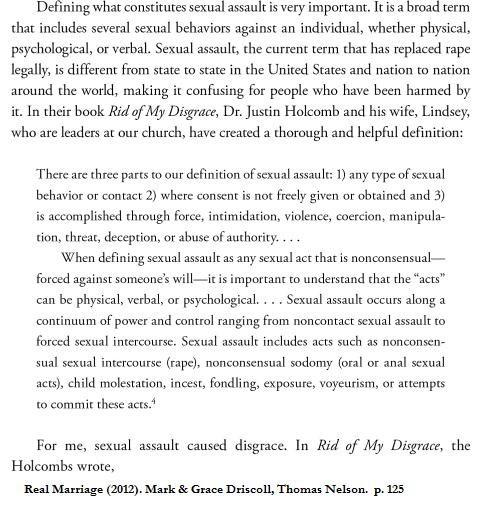 Page 27 in Rid of My Disgrace: 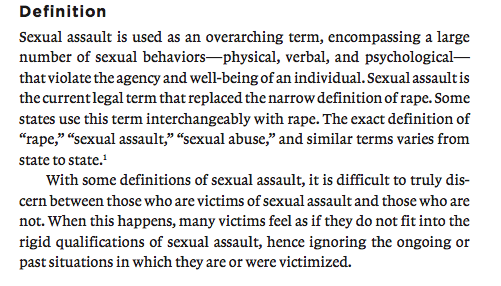 The footnote #6 in the text does not go to the Holcomb’s book but instead to the original Martin Luther source, implying that the Driscolls located the quote.
The source of the Luther quote appears to be from page 17 of Rid of My Disgrace: 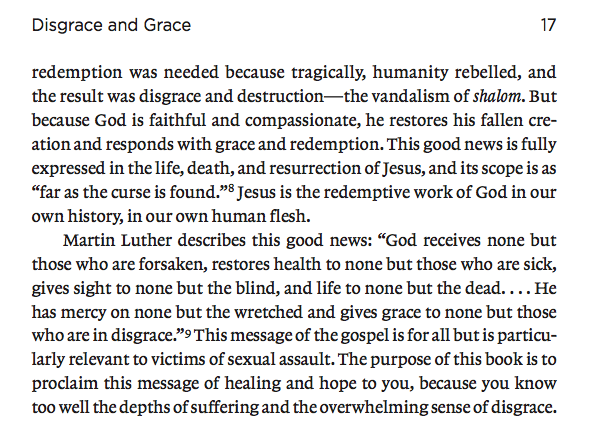 This is the same quote and it is hard to escape the suspicion that the Driscolls did not find the Luther quote independently but rather lifted it from Rid of My Disgrace. One can see from the footnotes that the source is the same. Note that the Holcombs appropriately cite the source where they found the quote.

Let me hasten to add that it is clear that the Driscolls appreciate the Holcomb’s work. The Holcombs are thanked in the Acknowledgments and they are quoted with appropriate citations in the same chapter where they are not cited adequately.  Given that the Holcomb’s book is sold by Mars Hill, they probably want people to buy it. Nonetheless, even though this may not have been intentional plagiarism, it is a matter that should be corrected by the publisher.
Given the scope of the issues I’ve reported here and in other posts, I think it is time for a more robust statement from Driscoll, Mars Hill and, in this case, Thomas Nelson. There appears to be a pattern. It may not be intentional. Not having Driscoll’s purported “gift of discernment,” I have no way to divine his motives. However, passing off other’s people work as your own is a serious matter and should be more seriously addressed.
For all posts on Driscoll and Mars Hill, click here.