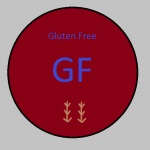 This is exactly what I expect advocacy groups to do. I agree completely with these statements and hope that the result of Cruz’s ill-advised statement will be that more people understand the medicine behind the disease. I so appreciate the many restaurants and food manufacturers who have developed products for Celiac and gluten sensitive people.
If anything, I hope this dust up will advance the cause of accommodations in the military.

At a rally yesterday in South Carolina, Senator and presidential candidate, Ted Cruz, said in a speech about supporting the U.S. military, “That’s why the last thing any commander should need to worry about is the grades he is getting from some plush-bottomed Pentagon bureaucrat for political correctness or social experiments – or providing gluten-free MREs.”

As reported in TIME
Senator Cruz’s comments are emblematic of the widespread ignorance about celiac disease and gluten-sensitivity that Celiac Disease Foundation must fight everyday of every year. We need investments in research. We need increased rates of diagnosis. We need drugs to treat accidental exposure to gluten. We don’t need this nonsense.
Help us help the millions who suffer. Add your data to iCureCeliac today. It’s time for a cure.

For my other posts including video of Cruz’s comments on this matter, click here.

Yesterday, Ted Cruz linked gluten-free meals with political correctness.
There is something to be gained by watching Ted Cruz deliver his anti-gluten-free position instead of just reading about it. Watch

As it turns out, having Celiac Disease isn’t well tolerated in the military. Instead of Cruz being a voice for inclusion and sanity, he sticks up for intolerance of gluten-intolerance. Watch:
[youtube]https://www.youtube.com/watch?v=LcCwoOxIpqU[/youtube]
If there is a movement to provide gluten free meals in order to attract and keep good people with Celiac Disease, it is incredible that any presidential candidate would oppose it.
I continue to wonder if Cruz thinks Celiac isn’t a real disease. Given his advisors, I honestly would not be surprised if he doesn’t believe it is real.

“That’s why the last thing any commander should need to worry about is the grades he is getting from some plush-bottomed Pentagon bureaucrat for political correctness or social experiments — or providing gluten-free MREs,” Cruz said, using the shorthand term for Meal, Ready-to-Eat.

As one who has celiac disease, I am flabbergasted that Cruz picks on soldiers with gluten-insensitivity and celiac disease in an effort to seem tough. I hope some reporter follows up and asks Cruz if he believes celiac disease is a real thing.
Perhaps, I shouldn’t be too surprised since Cruz is advised by a guy who thinks PTSD can be cured by Bible verses.
Celiac support groups weigh in:

Okay, this is just terrible and ignorant https://t.co/MG3MmFNwx6

Ted Cruz needs to read up on the necessity of gluten-free options for those of us with celiac disease. https://t.co/osRddXyO0M
— Celiac Handbook (@CeliacHandbook) February 16, 2016