Thomas Kidd called George Marsden “the greatest historian of American religion of the past generation.” In The Jefferson Lies, Barton cited Marsden as an authority. In Marsden’s 2014 book titled The Twilight of the American Enlightenment: The 1950s and the Crisis of Liberal Belief, he described David Barton’s The Jefferson Lies as an effort to make Jefferson into an orthodox Christian. His footnote on Barton’s book leads to a description of Getting Jefferson Right. It is not a direct endorsement but it sounds good to me.  First, read what Marsden has to say about The Jefferson Lies: 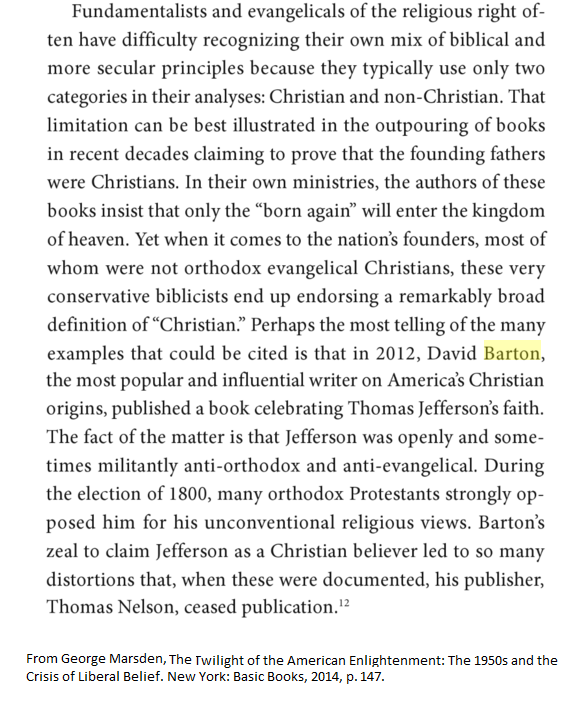 Marsden then leads readers to GJR in his footnote:

So much for the critics of Barton’s book being liberals.