One does not need to be a Christian to oppose suicide. People of all religions and none view suicide as a tragedy. 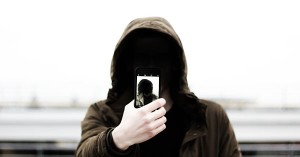 During his April 21 Wallbuilders Live broadcast, David Barton had Ray Comfort on to discuss his new movie about suicide, Exit.  I intend to watch and review the movie but for now I want to advise readers to be wary. For the most part, the advice given during this episode about depression and suicide is not helpful and in fact for some could be counterproductive.

I want to start by saying that I think the guests on the program probably meant well. I especially picked up from Tim Barton that he wanted to be helpful, saying

Yeah, Rick, one of the reasons that we talked about this before here on this show is that this is something we want to do because- we don’t want to do anything that promotes obviously, this incredibly sad and really unbiblical position, that someone would want to end their life. So we want we want to promote that there’s hope, right?

Suicide is Not a Cultural War Issue

Good intentions or not, there is a troubling thread here which continues throughout the program. The hosts and the guest treats suicide like it is a culture war battle — Christians on one side and non-Christians on the other. The problem with this should be obvious. One does not need to be a Christian to oppose suicide. People of all religions and none view suicide as a tragedy.

Alas, David Barton makes depression about what he’s against and shames those who are on the wrong side.

David: You’re talking about how the culture is now present in things like suicide with the programs out there. Suicide so often stems from depression and Ray will talk about the rising depression numbers in the United States.

And it’s really not because there is a Biblical side. Depression really comes from being discontent with who you are or what’s going on. It’s not accepting yourself or not accepting the situation.

Barton confuses effects and causes. Being unhappy with oneself is most often an effect of depression. Simply advising a depressed person to accept yourself is like telling an unemployed person to save for retirement. The otherwise sound advice just increases the hopelessness.

Regarding Barton’s claims, there is evidence that depression is higher among women who have had abortion and yes, GLBT people report more depression. However, the matter of cause cannot be ascertained from these facts. Women who have abortions also have other stressors in their lives. For some, especially those who do not believe abortion is right, having an abortion may trigger depression. However, for others there is no link.

The picture with homosexuality is even more complex. The existing research does not confirm that being gay causes depression. When examining a correlation between two variables, variable A may cause variable B or vice versa. However, a third possibility exists. Another variable may effect both variable A and variable B. For instance, shark attacks and ice cream sales in a coastal town might correlate but clearly summer beach going influences both variables.

Barton wants to make depression about doing right and being on the right side of the culture war. I can assure Mr. Barton that Christian nationalists get depressed. Good Christians get depressed. Straights and women who have never considered an abortion get depressed. Portraying the causes of depression as being about believing the right Christian things is unhelpful and may drive some people away from getting the help they need. Worse, people who hold the “right” views but remain depressed can become even more hopeless. Over 40 years of clinical practice and teaching, I have encountered many Christians who want to give up because they do everything “right” without relief from their depression.

Apparently Ray Comfort is a quick study. After three months of study, he has all the answers.

So I studied it and after about three months of studying, writing a book, and doing a movie I came to the conclusion the world doesn’t know what it’s doing. They have no idea what causes chronic depression and they have no chance of a [against] suicide.

I’m bold enough to say, “We know what causes most chronic depression and we know the answer to it.” And that’s what we put in the movie. And we’re very excited. Our YouTube channel’s got 45 million views. This is a massive platform to reach the lost of the gospel. And we believe this is our best movie ever it’s called, “Exit” for obvious reasons.

The arrogance here is pretty thick. Evangelical circles are full of three-month experts. I intend to reserve judgment on the movie until I see it but I don’t have a good feeling about a person who thinks he has the subject of depression mastered after three months of study.

Atheism is to Blame or Is It?

The bottom line for Comfort in this interview (and perhaps the movie) is that atheism is to blame for increases in suicide. Comfort said:

So this generation doesn’t object to suicide. So we’re going to see, I believe, a huge increase in the future and the church has got to be ready for it. That’s why we’ve created this movement to train the church so they can see what they say. We’ve also created a study guide a video study guide that goes with it.

Indeed, Comfort gets the 2004 AJP report mostly correct. Here is the abstract from that study:

OBJECTIVE: Few studies have investigated the association between religion and suicide either in terms of Durkheim’s social integration hypothesis or the hypothesis of the regulative benefits of religion. The relationship between religion and suicide attempts has received even less attention.
METHOD: Depressed inpatients (N=371) who reported belonging to one specific religion or described themselves as having no religious affiliation were compared in terms of their demographic and clinical characteristics.
RESULTS: Religiously unaffiliated subjects had significantly more lifetime suicide attempts and more first-degree relatives who committed suicide than subjects who endorsed a religious affiliation. Unaffiliated subjects were younger, less often married, less often had children, and had less contact with family members. Furthermore, subjects with no religious affiliation perceived fewer reasons for living, particularly fewer moral objections to suicide. In terms of clinical characteristics, religiously unaffiliated subjects had more lifetime impulsivity, aggression, and past substance use disorder. No differences in the level of subjective and objective depression, hopelessness, or stressful life events were found.
CONCLUSIONS: Religious affiliation is associated with less suicidal behavior in depressed inpatients. After other factors were controlled, it was found that greater moral objections to suicide and lower aggression level in religiously affiliated subjects may function as protective factors against suicide attempts. Further study about the influence of religious affiliation on aggressive behavior and how moral objections can reduce the probability of acting on suicidal thoughts may offer new therapeutic strategies in suicide prevention.

At first glance, it appears that religious belief about the immorality of suicide may be a protective factor against suicide. However, this is not the only study on the subject. Consider the abstract of this 2016 study reported in the Journal of Nervous and Mental Disease:

We aimed to examine the relationship between religion and suicide attempt and ideation. Three hundred twenty-one depressed patients were recruited from mood-disorder research studies at the New York State Psychiatric Institute. Participants were interviewed using the Structured Clinical Interview for DSM Disorders, Columbia University Suicide History form, Scale for Suicide Ideation, and Reasons for Living Inventory. Participants were asked about their religious affiliation, importance of religion, and religious service attendance. We found that past suicide attempts were more common among depressed patients with a religious affiliation (odds ratio, 2.25; p = 0.007). Suicide ideation was greater among depressed patients who considered religion more important (coefficient, 1.18; p = 0.026) and those who attended services more frequently (coefficient, 1.99; p = 0.001). We conclude that the relationship between religion and suicide risk factors is complex and can vary among different patient populations. Physicians should seek deeper understanding of the role of religion in an individual patient’s life in order to understand the person’s suicide risk factors more fully. (emphasis mine)

How are we to understand the different findings? I really can’t say. However, having studied this subject for many more than three months, I can say that contradictory findings are common in this field. What we can say is that being religious and believing in God isn’t a fool proof means of preventing depression and suicidal urges. Among some groups of people, religious beliefs are associated with fewer suicide attempts whereas for other groups (notably those who are depressed), religious affiliation is associated with more attempts.

Although Comfort doesn’t give many details about the movie, the hints he gives implies the movie is a way to get people to make decisions to accept Christ as Savior. After acknowledging that religious people get depressed, he seems to say depression will be lifted if you just belief the right things. Again, I will wait to see, but if there is nothing in the film about getting treatment with a message that depression can be managed by competent medical care, then it will be of little value.

There is one good thing I can say about the interview. Comfort and his hosts had some negative things to say about the Netflix series 13 Reasons Why. While I haven’t seen the series, I don’t like what I’ve read about it.