The Christian radio empire K-LOVE (complete list of stations) is in the middle of their Spring Pledge Drive. To be blunt, the constant solicitations are annoying.
After hearing a claim recently that K-LOVE’s CEO Mike Novak’s salary is over half a million dollars, I decided to do some exploration of K-LOVE’s finances. K-LOVE is one of two radio enterprises run by Educational Media Foundation (Air One is the other). Because EMF is a non-profit, their finances are available via their 990 form. The organization is quite large and took in just over $152-million during 2014.
Concerning the salary claim, it is true that CEO Mike Novak got a hefty sum of $531,256 in 2014. Numerous employees, including one of the DJs got over $200k in compensation. K-LOVE pushes an “easy” giving level of $40/month on the air and their website. It takes 1107 people making that monthly pledge just to pay Novak’s salary. By comparison, the executive director of Doctors Without Borders, Sophie Delaunay, got just over $160k for running an organization that took in twice what K-LOVE received in donations.
K-LOVE also spent $267,463 on “pledge drive coaching.” The return on investment was phenomenal in 2014 in that they raised over $32-million attributed to the effort.

As annoying as the gimmickry is, it is apparently quite successful.
Are Board Members Paid?
In reviewing K-LOVE’s claims about their finances, I found one claim to be technically true but misleading. On their website, K-LOVE says:

K-LOVE claims that the Board of Directors at large serve without compensation. While it is true that the 2014 990 form doesn’t report any income paid to non-staff board members, CEO Mike Novak is one of the board of directors and is well compensated. However, readers wouldn’t know that by reading the website. The website description makes it seems as though none of the board members get paid. When one looks at the list of board members on K-LOVE’s website, at large members are not identified. 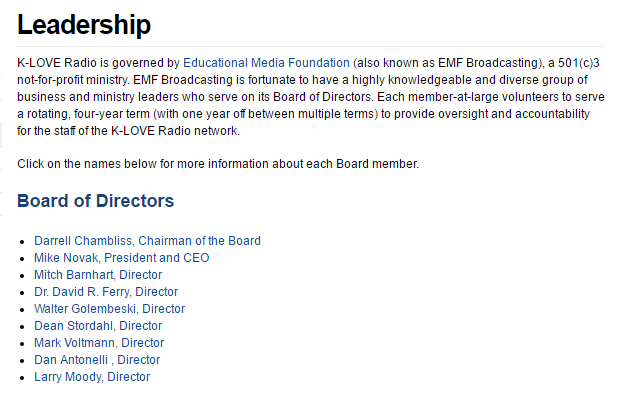 The 2014 990 identifies CEO Novak as a salaried board member: 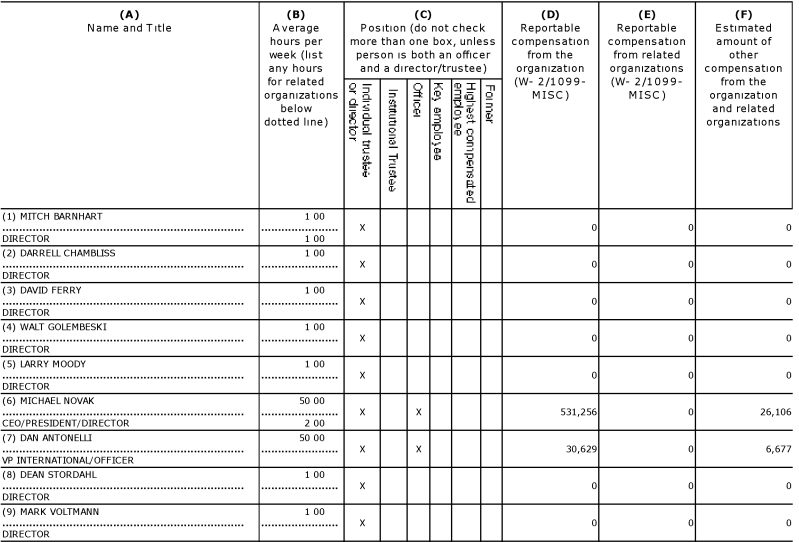 Does K-LOVE Need Your Money?
K-LOVE’s net revenue over expenses for 2014 was over $64-million. At $40/month, that means 133,761 donors could have given their money elsewhere and K-LOVE would have covered operational expenses. While it clearly takes lots of money to run a high quality media operation, it may come as a surprise to donors who sacrificially give $40/month that K-LOVE is doing quite well financially.
I am not saying that K-LOVE is doing anything wrong (although I think they could make it more clear that staff board members are handsomely paid). My intent is simply to provide potential donors with information that is not provided by K-LOVE. It may be that your local church or food pantry needs that money more than this mega-station.