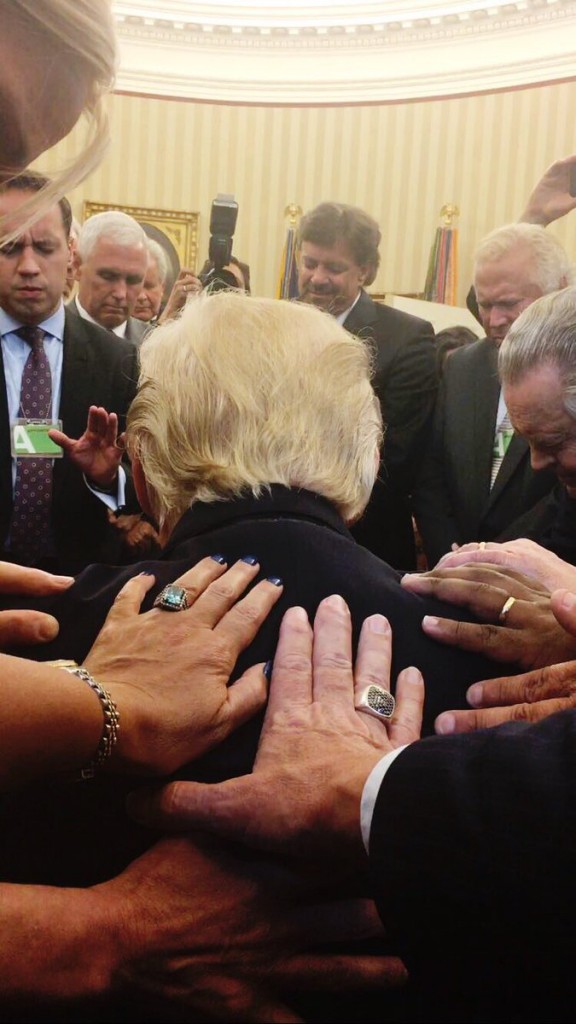 In a series of tweets, President Trump this morning lamented the movement to remove Confederate statues from American cities. Trump doubled down on his remarks at the press conference two days ago when he said there were good people among the Nazis and white supremacist marchers in Charlottesville.

Sad to see the history and culture of our great country being ripped apart with the removal of our beautiful statues and monuments. You…..

…the beauty that is being taken out of our cities, towns and parks will be greatly missed and never able to be comparably replaced!

With this rhetoric, Trump echos what the League of the South and other white supremacist groups have been promoting. The movement to preserve Confederate tributes have been led by secessionist and white supremacist organizations.
I maintain that Christians should take the lead in removing these symbols from the public square.
These tweets are certain to inflame the passionate debate surrounding these symbols and encourage the white supremacist and alt-right element of his base.
This issue might get a rise from some of his evangelical advisors. When New Orleans removed Confederate statues from the public square, a former Southern Baptist Convention president signed a petition to have them removed. Fred Luter was a part of that effort.