Former Mars Hill Church worship director and elder Dustin Kensrue has released a extended play collection of songs with a Christmas them. Titled “Lowborn King,” Kensrue released the work under the name, “Modern Post.” Here is a selection from the EP, Child of Glory:
[youtube]http://youtu.be/iKB0pVic6Eg[/youtube]
Kensure has this to say about the collection of songs: 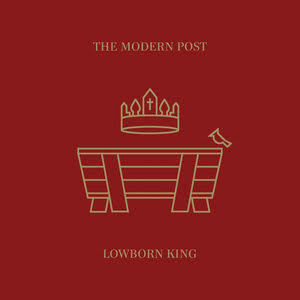 “I love Christmas songs and there’s a few classics on this EP that I haven’t tackled before, as well as a new arrangement of my song “This Is War” with an added bridge that some friends and I wrote a couple years back. There’s also my new arrangement of a great song called “Child of Glory” by my friend Brian Eichelberger, who is also the producer of this EP and The Water & The Blood. Lastly I wrote a new arrangement of Let All Mortal Flesh Keep Silence, a very old Christmas hymn that we lifted a bit out of it’s overly somber vibe and added a new chorus. In the end, I think that what really defined the overall direction for this project was that rather than trying to shoot for some sort of classic Christmas vibe, we set out to let the lyrical content really drive the arrangements and moods of each song and I’m really pleased with the result. For more info on why I’m releasing this under “The Modern Post” name, check out this post at dustinkensrue.com.”
Kensrue was one of the nine pastors who called on Mark Driscoll to enter a restoration plan. Their call came before the Board of Elders investigation concluded the same thing. Eventually Driscoll resigned rather than face accountability to his elders.
I will listen to some of these songs year round, especially Child of Glory and This is War. Long time fans of Thrice and Kensrue’s work will know his work instantly but let me hasten to add that there is something fresh about the arrangements as well.