It is a Friday afternoon mystery.
UPDATE3: Christian News Service removed the Lyall Mercer article from the CNS website.
On the other hand, Charisma “News Service” removed all comments and closed the section. Apparently, they really don’t want their readers to know the truth about that article. Honestly, I am pretty surprised about the decision to go with deception over truth.
UPDATE1: Some of the mystery is solved. Russ Jones at Christian News Service wrote with the following information about the article on his site:

This was a PAID news release by Australian-based Mercer PR sent out at 9:30am CST. The owners name is Lyall Mercer.

So apparently Bill Roberts simply took the news release, tweaked it ever so slightly and put his byline on it. The American Copy Editors Society’s book on plagiarism, Telling the Truth and Nothing But addresses this situation on page 12: 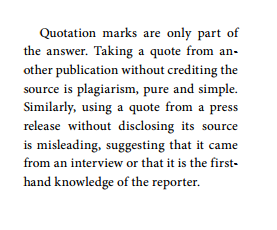 UPDATE2: Charisma News let me know that they have changed the byline to Russ Jones (now Charisma changed the byline to “Charisma News Staff“). As we now know, that’s closer but still not right. I think Charisma should just remove the article and apologize for it. At the least, they should change the by-line to Lyall Mercer so readers are aware of the self-serving nature of the piece.
(Original post resumes below)
Who really wrote this puff piece on how beleaguered Mark Driscoll is being attacked by “the enemy within” (AKA Janet Mefferd and the former members and leaders of Mars Hill Church).  Is it Bill Roberts or Russ Jones or did Lyall Mercer really write it?
First look at this Charisma News article. 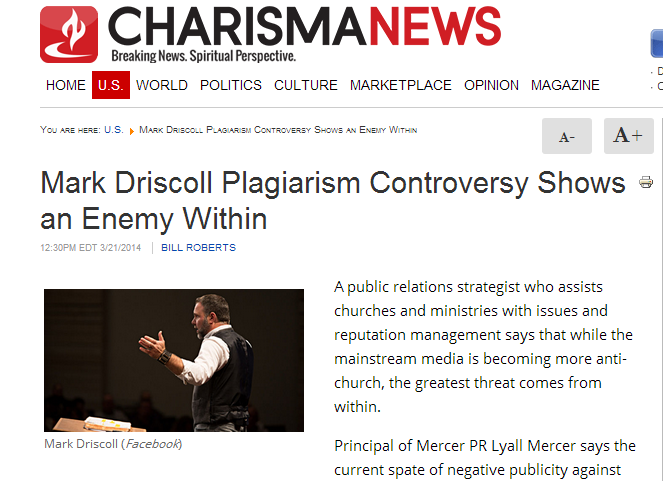 Then take a look at this Christian New Service article. 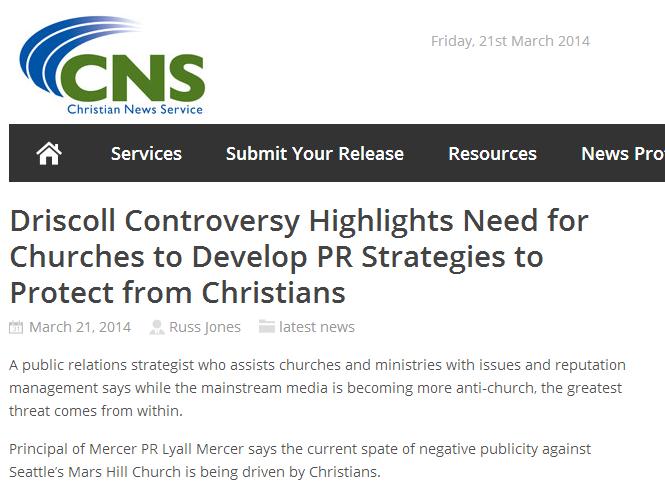 Notice anything similar about them? As in they are essentially identical.
Journalist Ruth Graham first pointed this out on Twitter:

I think the order was CNS first, then Charisma but maybe not. In any case, I wrote both places  to ask.  Whoever wrote it, it comes across as an advertisement for Lyall Mercer’s curious views on church PR. Remember pastors — who need to be pastors and not celebrities — that the first thing to do when people call you to accountability is to call the PR person to make sure your apologetic messaging will respond strategically to the nasty messengers who bring the facts.
Note to CharismaNews, it certainly isn’t news. A news story would have included commentary from Janet Mefferd and some of the former pastors and members who are going public with their concerns and experiences while at Mars Hill.
Probably the best thing for both places to do is to take the article down and start over with some real journalism.