At least, I think Alfie’s Home is the book meant by the following PFOX (Parents and Friends of Exgays) news release:

“Ex-gay books are also not made available in many community public libraries,” said Griggs. “The libraries in West Bend and Beaver Dam, Wisconsin will not accept our donation of an ex-gay book for children, although these libraries circulate several picture books with gay themes for children.” 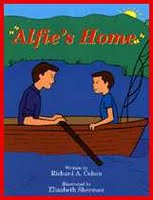 I wrote to ask PFOX if Alfie’s Home by Richard Cohen is the book they tried to donate. They have not answered as yet. I do know that they have donated it elsewhere. It was offered to the Ex-gay Educators Caucus during the 2004 National Education Association convention as a possible giveaway to people who stopped by the booth. However, all involved refused to provide it and gave the books back.

Classically Liberal has an expose of the book with most of it in pictures. Essentially the book depicts the reparative view of how people become and un-become gay. It also contains a creepy and unnecessary drawing of a boy in bed with a man. I would not want my son to read it. 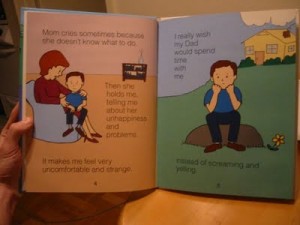 The book is offensive on at least two levels. For gays, it reduces their experience to bad fathers and sexual abuse. For those who have been sexually abused, it makes becoming gay the real tragedy of the book, not the abuse. There may be a sensitive way to tackle these issues, but this is not it.

I think any number of ex-gay books could be made available simply for information and research purposes. But please, not this one.