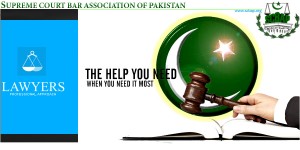 Asia Bibi, the Christian woman in Pakistan convicted of blasphemy against Muhammad and sentenced to death, has an appeal hearing this week. However, don’t expect the legal profession as an institution to help her or push for human rights. This article in Pakistan’s The Nation, quotes the President of Pakistan’s Supreme Court Bar Association, Asma Jahangir, who urges no change in the blasphemy laws and no help for Asia Bibi.

The Bar committee, also attended by the vice president of the provinces, the secretary and the other office-holders, unanimously carried a resolution to refrain the government from amending the Blasphemy Law and also granting pardon to Asia Bibi, a condemned prisoner on the same charges. The Bar expressed serious concern over Punjab Governor Salman Taseer’s move to get presidential pardon for Asia when her appeal was pending hearing before the court of law.

They said the government functionaries were seeking amendment or a complete repeal of the said law, which it said, was a shameful effort being made under a foreign agenda, which is strongly condemnable.

“In no circumstance, any amendment encouraging or creating any effort to defile the sacred name and personality of Hazrat Muhammad (SAW) can be brought upon the statute book.”

The Committee has unanimously warned the government and the members of the Parliament to refrain from implementing any such proposal. “The SCBA and the legal fraternity would never accept any such pardon and amendment and it would be resisted by every possible efforts”, it added.

Gov. Salman Taseer has taken a great risk to call for pardon for Asia. And apparently any lawyer that will defend her will be acting in contradiction to this resolution of Pakistan’s association of lawyers. The slogan on the front page of the website is “The help you need when you need it most.” However, this is a hollow sentiment when it only applies to the Muslim in-group.

UPDATE: A report from the Pakistan Daily Times clarifies the stance of the Bar Association.

LAHORE: This is to deny that the Supreme Court Bar Association (SCBA), in its second executive committee meeting held on December 18, unanimously passed any resolution regarding either Section 295C of the Pakistan Penal Code itself or any case related to it.

The facts are that a resolution to that effect was presented by a member of the executive committee, but only a portion of it was passed unanimously, which paid reverence and commitment to honour and respect the name of the holy Prophet (PBUH), while the rest of the resolution regarding 295C, the case of Aasia Bibi and its consequences was deferred with consensus.

The Supreme Court Bar Association regrets the attempt made by one of its executive members to mislead the press and the public. The SCBA is a responsible body and its resolutions will be fully debated before being passed, especially unanimously.