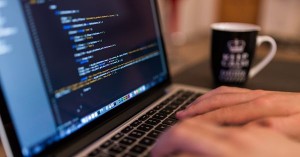 plans for a December 14 vote on Obama-era net neutrality rules. Pai wants to scrap them despite an overwhelming outpouring of public comment against his plan. A majority of commenters to the FCC want to keep the rules in place. Pai, a former attorney for Verizon, wants to change regulations to make the environment more friendly for the large internet service provides (ISPs) like Verizon and ATT.

What is Net Neutrality?

Net neutrality is a principle codified in federal regulations that prevents your ISP from privileging one content provider over another. For instance, let’s say I use ACME Cable Co. Under net neutrality, if ACME owns a streaming service (let’s call it ACMEFLix), ACME can’t block or slow down Hulu or Netflix to give ACMEFlix a competitive advantage. Similarly, I can’t be charged more to get access to one website over another by ACME Cable. The content providers can and do charge for their content but the ISP is the conduit and has to provide a free and open access to the Internet.

Why Should You Care?

As I understand it, if these rules are eliminated, the big ISPs could start charging for access to certain websites or they could slow down or even block access to their competitors in favor of their own services. The smartest guy I know on all things Internet, Kurtis McCathern, tweeted this scenario:

Put it this way; do you like your cable DVR instead of TiVo? You’ll *love* Spectrum Tweetar and TWC Peoplebook.

In other words, the ISPs will be able to create their own version of social media services, incentivize their use, and slow down or block the use of currently free sites. They could make their services free and charge you a premium to allow to get to previously free sites. There is nothing to stop ISPs from rolling out such services now. However, with a change of rules, your ISP can make your participation on your preferred service (assuming it is Twitter or Facebook) an ordeal and more costly. Since many people in rural areas especially have only one or two real options for their ISP, it could make it nearly impossible to have true competition or a truly free and open Internet.
For more on net neutrality, consider the video below:

Is There an Argument Against Net Neutrality?

Trump’s FCC chairman Pai claimed in April that the net neutrality rules discouraged the development of infrastructure (creation of fiber optic networks, expansion of broadband services). He cited a decline in spending on infrastructure of $3.6-billion from 2014 to 2016.
However, ISP investors are getting a contrasting message from company CEOs. ATT’s CEO told investors that the FCC net neutrality rules would not prevent the company from deploying more fiber network.  Generally speaking, ISPs have continued to expand network infrastructure after the implementation of stricter FCC oversight of net neutrality.  Why wouldn’t they? As it is, they all play be the same rules. If they want to reach consumers, they need to expand their potential customer base and advertise the quality of their networks.
In my view, the Internet is of such widespread public importance that government oversight provides a check on the profit motive of business. I have no problem with profit motive but I believe human nature being what it is, a check on greed is needed. While government oversight is an imperfect means to achieve some kind of balance, it is what we have.
As with any area of public policy, I am open to a diversity of views and welcome comments and the submission of alternative points of view. That is especially true in this area since it is not an area of expertise.