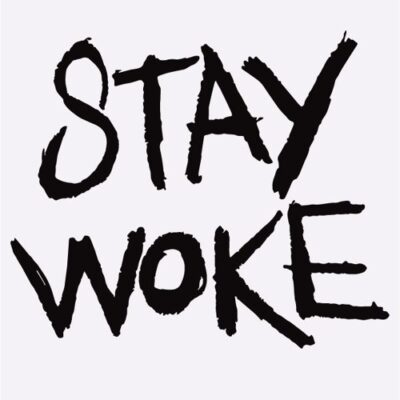 I am here to sound a warning about James Lindsay and anti-wokeness.

Dr. Lindsay is a mathematician and atheist who has been platformed by numerous evangelical leaders, including Al Mohler, leaders of the Founders Ministry, and Michael O’Fallon because Lindsay shares their opposition to awareness of minority oppression (wokeness). Even though Lindsay has been promoted by these evangelical leaders, his views are antithetical to theism and have the potential to lead many evangelicals astray.

Below, I will share some representative citations from Lindsay’s 2015 book, Everybody Is Wrong About God and then speak plainly to fellow believers.

Lindsay’s goal for society is to become “post-God and post-faith.”

Lindsay considers theism to be absurd. All of those Christians platforming Lindsay should know that he publicly believes your views are fallacious and absurd. 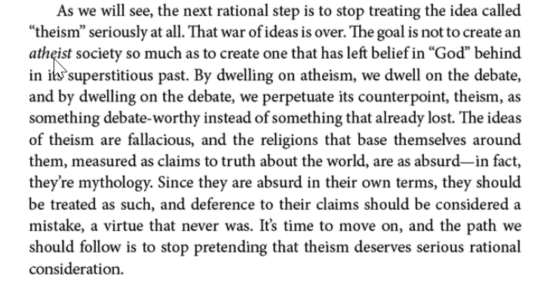 Believers platforming Lindsay may think he has respect for your views because he supports anti-wokeness. Believers might want to consider that Lindsay’s rejection of wokeness might stem from his atheism. Anti-wokeness teaches that white people are not sinners and that they have nothing from which to repent. This low view of sin is very consistent with an atheist’s view of human nature.

One formerly evangelical theologian who has been drawn away by this teaching is Owen Strachan. Recently, Strachan told Religion News Network that the gospel is warped by teaching that majority whites are “in the wrong.”

When you embrace a system like critical race theory or intersectionality that teaches you that people who are in the majority basically are in the wrong — so, for example, that white people by virtue of being part of the white power bloc have privilege, have responsibility, honestly, when we’re not speaking politely, have complicity in oppression — that warps the gospel,”

Gospel teaching is that all have sinned — including the majority — and come short of God’s glory.  Strachan goes so far as to recommend that those who are aware of racial oppression be excommunicated as heretics, thus adding something to the gospel. Of course, the simple gospel is belief in the substitution of Christ’s sacrifice for our sins and includes nothing more.

Who has bewitched people like Strachan? Could it be someone like James Lindsay who considers theism and especially evangelicalism to be absurd and a myth? Strachan makes use of Lindsay’s work in his book on wokeness. Remember, Lindsay’s goal is for society to become post-God and post-faith.

Believers who platform people like Lindsay may soon find they are preaching another gospel.

(If you have gotten this far with me, you might recognize that this post is intended as satire, particularly of this post by Neil Shenvi. Hopefully, this will provoke thinking about how a focus on issues peripheral to the gospel may lead, not only to perversions of the gospel, but other consequences. Rejection of awareness of the true situation of minorities in the U.S. has caused a significant division between white Christianity and just about everybody else in the church, on average. If you don’t believe me, watch the following presentation by Michael Emerson.)