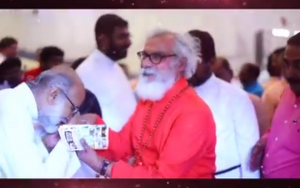 Today on Twitter I posted a poll in response to Gospel for Asia’s repetitive requests for donations. I simply asked:

Do you prefer that charities

GFA constantly spins their work and solicits funds for India but has never disclosed to donors that their charity registration has been revoked in India. They have not released an audited financial statement since 2013. They promised to seek membership in the Evangelical Council for Financial Accountability after they were kicked out in 2015 but have not done so.