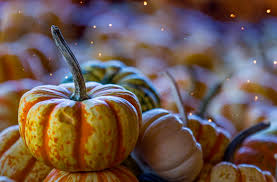 In 2014, I asked several historian colleagues to opine about what the public should know about Thanksgiving. Five years later, they are still good words to us. The series will run through at least Thanksgiving Day. Today, Jared Burkholder briefly discusses the political aspects of the first thanksgiving.
……………………
Jared S. Burkholder is Associate Professor of History and Chair of the Department of History and Political Science at Grace College, Winona Lake, Indiana. He co-edited The Activist Impulse: Essays on the Intersection of Anabaptism and Evangelicalism (Wipf and Stock, 2012) and Becoming Grace: Seventy-Five Years on the Landscape of Christian Higher Education in America (BMH Books, 2015).

It is good to remember that the “First Thanksgiving” probably had more to do with politics than fellowship, especially if seen through native eyes. Although we might be tempted to think of New England’s native residents as falling into categories of either “friendly” or “hostile” depending on how they got along with Europeans, Indians were, like most of us, intent on protecting their assets and gaining advantages. Treating foreign peoples, including Europeans, as either friends or foes was based on strategic self-interest.

Constructing their settlement at Patuxet (Plymouth) in 1620, the pilgrims had thrust themselves into the middle of a complex system of tense rivalries and alliances among various Indian nations. The Wampanoag, which had been devastated by sickness as a result of earlier contact with Europeans, likely saw their interaction with the pilgrims as an opportunity to garner allies that could help defend against the neighboring Narragansett, who had escaped the plague of 1616 and were powerful enemies. Even Tisquantum (“Squanto”) was playing politics, as Governor Bradford admitted, likely attempting to leverage relationships for his own purposes. Thus, the first thanksgiving was not so much a Sunday afternoon potluck of food and good feelings, but rather an opportunity for testing boundaries and political posturing.

Want a good read on the political angles of the “First Thanksgiving”? See this engaging Smithsonian article, Native Intelligence.

I echo Jared’s recommendation of the Smithsonian article. It paints a substantially different portrait of the first Thanksgiving as a kind of standoff with benefits. From the article:

By fall the settlers’ situation was secure enough that they held a feast of thanksgiving. Massasoit showed up with “some ninety men,” Winslow later recalled, most of them with weapons. The Pilgrim militia responded by marching around and firing their guns in the air in a manner intended to convey menace. Gratified, both sides sat down, ate a lot of food and complained about the Narragansett. Ecce Thanksgiving.