Last week, this came across my path: 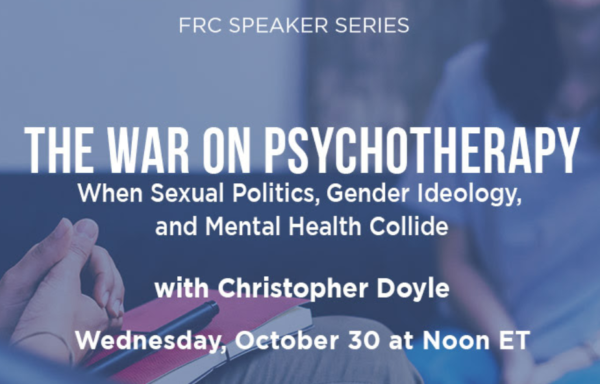 I assume Christopher Doyle refers to the effort around the country to prohibit sexual reorientation change efforts for minors. However, I write this post to address a couple of points.

When it comes to sexual orientation and psychotherapy, the reparative therapy narrative of defective parenting doesn’t hold water or match up with research or experience.  However, there are still therapists who believe that and try to impose it on their clients and their families. Much of my work has been to develop a therapy approach (sexual identity therapy) which requires therapists to present scientific research about sexual orientation to clients and allow clients to decide what to do about it.

On the other hand, the Family Research Council speaker Christopher Doyle worked and trained with Richard Cohen who has a different approach. Here is a snapshot of a couple of Richard Cohen’s techniques.

I will leave it to readers. Is this psychotherapy?

Doyle defended these and other outrageous techniques in this legal brief designed to be used in a New Jersey trial involving JONAH, a Jewish change therapy group. JONAH lost at trial.

You can see Doyle in action in this review of a documentary called Sunday Sessions in which Doyle provides sexual orientation change counseling to a young adult man. Note that Richard Cohen is involved in the group sessions at the beginning.

In the end, the young man feels somewhat better but credits the teachings of the Catholic church for his mood improvement. There is no indication that his sexual attractions changed.

I watched the documentary (I recommend it although there is no real conclusion to the story), and I need to make another thing clear. In the film (and on this page), Doyle calls his approach to therapy “Sexual Identity Affirming Therapy.” I want to say plainly that what he does is unrelated to “Sexual Identity Therapy” as developed by Mark Yarhouse and me.

In the documentary, Doyle did not provide a range of information about the development of male homosexuality but instead authoritatively expressed the reparative narrative of weak fathers and an unmasculine upbringing. The directive style demonstrated in the movie review above is not taken out of context. None of this is consistent with sexual identity therapy. People working within the principles of SIT do not attempt to change a client’s sexual orientation. SIT is antithetical to what Doyle demonstrates in the documentary and more broadly, to what Cohen does in his various public demonstrations.

The War is Over

In my opinion, within psychotherapy, the war is actually over and change therapy has lost. No training programs teach it. I know of no Christian training programs that teach it (although I would like to be corrected if I am wrong). It is misleading to pretend there is a wronged group of psychotherapists who want to practice it and can’t. The courts have not been inclined to defend it.

On the other hand, there has been a resurgence of interest in ex-gay type ministries. While I don’t yet see an accompanying revival of professional interest in change therapy, it is the nature of true believers to keep trying.