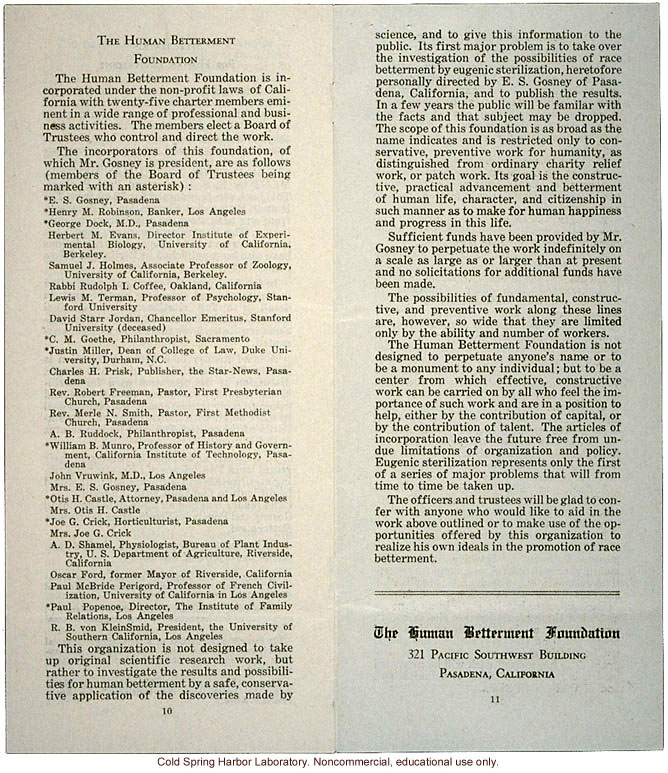 In his book The Big Lie: Exposing the Nazi Roots of the American Left, Dinesh D’Souza attempts to draw a link between the Democratic party and the eugenics movement in the United States and Nazi Germany. In the 2017 book D’Souza wrote, “Progressives in America founded a plethora of eugenic organizations.”(p. 135) He then listed leading eugenicists including, “Eugene Gosney (sic), director of the Human Betterment Foundation.” (p. 136). (Note: Gosney’s first name was Ezra).

As I pointed out in a post earlier today, Gosney was a registered Republican. He also supported the Boy Scouts and Paul Popenoe’s American Institute for Family Relations, the organization which gave James Dobson his start. While those are good things, that’s not the point. The point is that these guys were not progressives in the manner D’Souza depicts. They were Republicans and in many ways, they were socially conservative.

Now to follow up on today’s post, I want to report that when the Human Betterment Foundation opened for business, none of the founding members described themselves as members of the Democratic party. I checked all of the voter registrations and other sources and found no Democrats.* There was only one person I couldn’t find any information about (A.D. Shamel), but all others were or became Republicans during their service to the organization. One member (George Dock) was a Democrat in 1924 but by 1928, he had joined his wife as a registered Republican and remained that way according to available records. Another HBF founding member (William Munro) did not state his affiliation until 1936 but when he did, it was Republican to match his wife.

So in short, in 1928, Republican philanthropist E.S. Gosney brought together 24 people, none of whom were Democrats, to form an organization that Dinesh D’Souza claims was influenced by the Democratic party.

Dinesh D’Souza is probably correct to say that the Human Betterment Foundation had an influence on the Nazis. At least HBF board member Charles Goethe said so when he wrote Gosney in 1934 after a trip to Germany:

You will be interested to know that your work has played a powerful part in shaping the opinions of the group of intellectuals who are behind Hitler in this epoch-making program. Everywhere I sensed that their opinions have been tremendously stimulated by American thought and particularly by the work of the Human Betterment Foundation. I want you, my dear friend, to carry this thought with you for the rest of your life, that you have really jolted into action a great government of 60 million people. 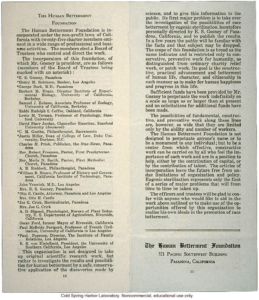 *Voter registrations were checked via Ancestry.com.