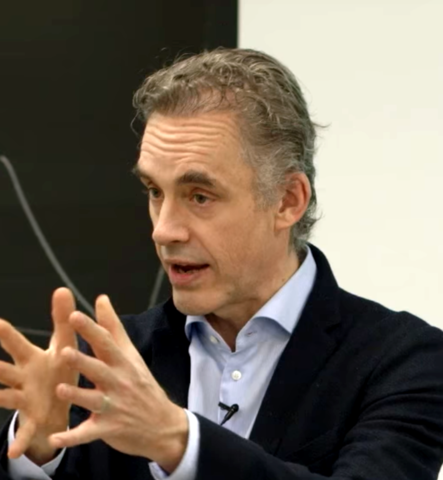 I have heard rumors that some evangelicals like Jordan Peterson’s work. He gets all angry when he says words like intersectionality and postmodern so that really hooks some of my evangelical brethren, I guess. I have a hard time following what he says so I don’t get it. The video below is a good illustration of why his work seems like what he criticizes.

asking jordan peterson whether he believes god exists or jesus was resurrected gets you the most incomprehensible, incoherent verbiage masquerading as profundity — which is ironically what his ilk accuse “postmodernists” of pic.twitter.com/EtK6W8T9a7

“It all depends on what you mean” is fine when he wants to use it but it isn’t fine when his ideological opponents want to do it.

Carl Jung, who I think Peterson considers an intellectual influence, didn’t particularly like this question either. Once, Jung compared himself to a witch doctor who found God in his dreams. On another occasion, Jung said he didn’t have to believe, he knew. According to his disciples at the time, he believed in a spirit or at least an immaterial existence but didn’t hold to the Swiss Reformed doctrines of his family.