I’ll just get right into this. Here is a tweet from American Association of Christian Counselors president and Trump evangelical advisor Tim Clinton (I have screen caps of all of these):

Forgiveness is the centerpiece of Christianity – and of effective Christian counseling. – @DrTimClinton pic.twitter.com/MnEItsJ1Kj

Who do you think came up with this pithy quote? Doesn’t it look like Tim Clinton who is now affiliated with James Dobson’s Family Talk Radio is taking credit for it?

Actually, it comes from a chapter by Everett Worthington on forgiveness. The chapter was in a book Clinton helped edit but he didn’t write the chapter. Ev Worthington did. The quote is verbatim from Ev’s chapter. 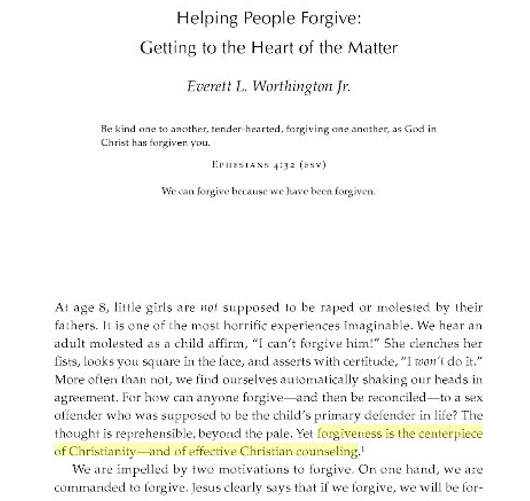 Lest you think Clinton didn’t know about this tweet, he retweeted it (or at least someone managing his account did).

#Forgiveness – not easy, but needed as we grow in Christ. pic.twitter.com/2FXYQIAcgJ

This quote posted on Clinton’s AACC Twitter account actually comes from the same chapter by Ev Worthington on the next page. 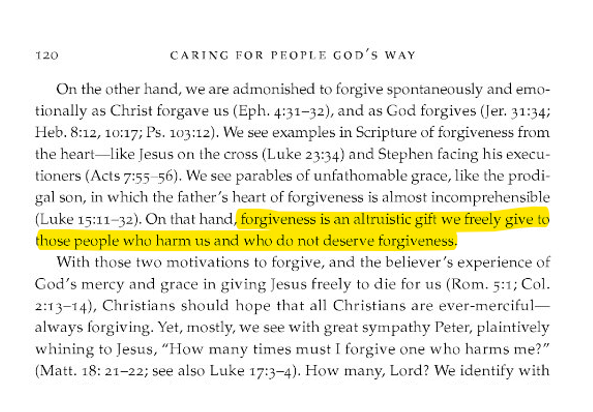 One might protest and say surely Clinton doesn’t keep up with his social media pages. His interns and underlings are probably doing this. Allow me to point out that in many of these tweets his Twitter account is included in the tweet: @DrTimClinton. Unless he doesn’t do anything for himself, he has to wonder when he said or wrote the things attributed to him. Here is another example of a quote attributed to him and brought to his attention via his Twitter account.

Note the quotation marks and the attribution to @DrTimClinton. However, this was really written by Ed Stetzer in Chapter One of a book edited by Clinton. Again, Clinton is listed as an editor but Stetzer wrote the words which are quoted here verbatim and attributed to Clinton. 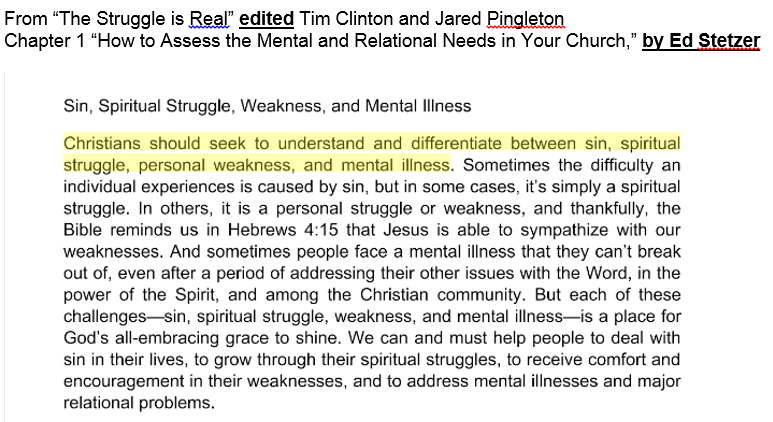 The sleuth who sent these to me has uncovered 14 more of these, some of which involve taking sole credit for quotes from books where Clinton had one or more co-authors. It would be proper to give all authors credit for a quote unless it was clear in the book that the quote came from a specific author.