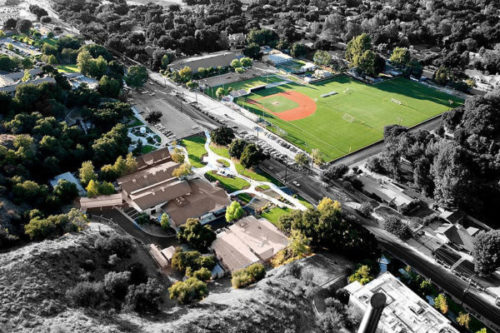 In the September 29 edition of The Wall Street Journal, The Master’s University was ranked #1 for being the “right choice” of institutions rated among the nation’s 4,000 colleges and universities.

Congratulations to President John MacArthur and the faculty and staff of The Master’s University for your exemplary work. And to the students and their families, congratulations on choosing TMU and making the “right choice.”

the Wall Street Journal recently recognized TMU as #1 Right Choice University amongst all U.S. colleges/universities for the 2nd year in a row

In Medium, TMU wrote this:

The Wall Street Journal has ranked TMU number 1 in the country for two years in a row as the top “right choice” university.

Indeed the WSJ did mention TMU in 2016 and 2017 but the ranking was more of a rating by the students. WSJ asked 100,000 students a series of questions about their college including “if you could start over, would you still choose this college?” On that question, TMU students gave their school ratings higher than students at any other school. Lancaster (PA) Bible College ranked second on that question. LBC’s write up about the survey more clearly explains the significance of the rating.

The Wall Street Journal surveyed students and asked them a series of questions to determine each institutions ranking. For the Right Choice category, students were asked, “If you could start over, would you still choose this college?” LBC earned a score of 9.46 out of 10.

The WSJ articles are behind a paywall but the 2017 article on the college rankings described the category as students’ response to being asked “if they would choose their school again.” According to the WSJ,

The Master‘s University, a small Christian liberal-arts school in Santa Clarita, Calif., topped all comers in that category, despite not cracking the top 500 schools in the overall ranking.

In a related article, the WSJ said,

The survey also asked students three questions that weren’t taken into consideration in the rankings, including whether students would choose their school again. Highest marks again went to schools with a religious affiliation, including The Master’s University in Santa Clara, Calif., Lancaster Bible College and Brigham Young, Hawaii.

Obviously, TMU’s students believe they made the right choice, so I don’t mean to take anything away from TMU. However, there is a difference between WSJ ranking a school and students rating a school via a survey. When TMU portrays an average score on a student rating as a merit-based ranking by the WSJ, there is potential for their audience to be misled.