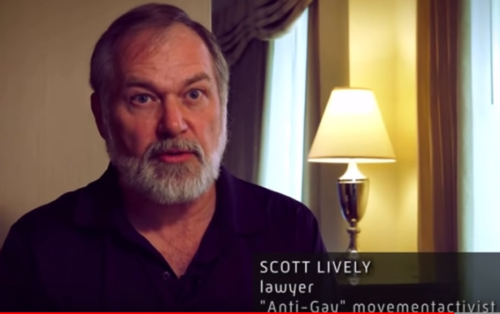 On July 18, Ruth Graham wrote in Slate “Mariia Butina’s cozy relationship with the Christian right makes total sense.” Butina is the Russian national who was recently indicted on charges of conspiracy and acting as a agent of the Russian government.

For certain, Butina had an easy time making friends with Christian right leaders such as Eric Metaxas and organizers of the National Prayer Breakfast.  Graham also wrote about why  that”cozy relationship” make sense:

Much of the Christian right views contemporary Russia with a surprising fondness, and it’s a coziness that predates the Trump administration.

Graham then mentions Pat Buchanan, Bryan Fischer, and Franklin Graham as evangelicals who have praised Putin’s hard line on gay and abortion rights. Despite Putin’s authoritarian tactics, some Christian nationalists like the morality he legislates.

Although there have been many influences on the development of current policies in Russia toward gays over the years, one simply cannot overlook the role of current GOP candidate for governor in MA, Scott Lively. In 2006 and 2007, Lively toured 50 cities in seven former Soviet bloc countries, including Russia spreading his anti-gay message. In a 2013 blog post, Lively celebrated the passage of a Russian law which banned teaching about homosexuality in schools.

On January 25th of this year the Russian State Duma, its highest legislative body, voted to prohibit homosexual advocacy to children, following the enactment of similar legislation in a number of Russian cities including St. Petersburg, and Novosibirsk (the capitol city of Siberia).

I am personally very pleased to see this development, having called specifically for legislation of this sort in my speaking tour of the former Soviet Union in 2006 and 2007.  During that tour, which began in the Russian Far East city of Blagoveschensk and ended in St. Petersburg, I lectured in a variety of venues including numerous universities, churches and conference halls, and met with numerous government leaders at various levels of influence.  The entire tour spanned approximately 50 cities in seven countries: Russia, Poland, Latvia, Lithuania, Estonia, Ukraine, and Belarus (we also passed through Kazakhstan but didn‘t speak there).

Toward the end of the tour I published, from St. Petersburg, A Letter to the Russian People (see below) which summarized my central message that I had shared in well over 300 lectures, sermons and media interviews during the prior year.

My pro-family message was warmly welcomed by the people of each of these countries, and to varying degrees the homosexual agenda has been slowed in all of them.  To my knowledge the only two Eastern European countries to pass pro-family legislation designed to curtail the spread of homosexuality are Russia and Lithuania, which are coincidentally, the only two countries to whose people I wrote an open letter.  My Lithuanian letter can be viewed online at www.defendthefamily.com.

Here you can watch Lively in action speaking in a Russian church. Notice how the audience begins to clap when Lively says a gay man dies.

He also appears in this Russian documentary.

Although it might giving Lively too much credit, he certainly deserves some responsibility for giving Russian leaders a wedge issue to use to compete with the West. In an interesting twist, American evangelicals who have excused Donald Trump’s moral failings have had practice by praising ruthless Putin for his support for traditional morality in Russian law.

Those waiting for an uprising of Christian leaders to condemn Donald Trump for softness toward an authoritarian dictator in Putin can keep waiting. Many evangelicals of the Christian nationalist persuasion think  evangelical morality can and should be legislated, even if you have to overlook some things.