Some conservative pundits are worried that a bill moving to the California State Senate will ban the Bible or at least some Christian books. Upon 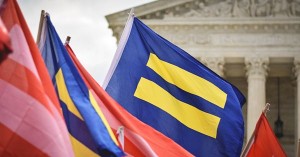 examination, I don’t see a basis in fact for that claim.
The bill is AB 2943 and would amend state law on unlawful business practices with a prohibition on performing sexual orientation change therapy for a fee. A fact sheet for the bill provided by bill sponsor Assemblyman Evan Low can be viewed at the link below.

Liberty Counsel has been spreading the view that the Bible would be banned by the bill and National Review’s David French has made a serious case that the bill would lead to a ban on certain Christian books.  Essentially, they say that the current law prohibits the sale of “goods” which result in harm from being sold. They argue that books which promote changes in behavior away from homosexual behavior even if the goal is celibacy might be considered within the reach of the statute since the statute defines sexual orientation change as including “efforts to change behaviors or gender expressions.”
Since the entire bill is about sexual orientation change, it seems clear to me that the reference to behavior change is due to the practice of some change therapists to get gay clients to engage in heterosexual behaviors even when it doesn’t seem natural as a kind of behavior therapy. This isn’t a reference to celibacy – which by the way doesn’t reflect a change in orientation.
In fact, the next section of the bill says that sexual orientation change efforts as defined by the statute don’t include interventions which:

Clients who decide to live a celibate life can count on a counselor’s help as long as those interventions are neutral regarding change of orientation.

Does the Bill Ban Books?

I wrote Assemblyman Evan Low to ask if AB 2943 prohibited the sale of books or videos promoting conversion therapy by therapists. I also asked if the amended law would prohibit the sale of religious books or videos which advocate that gays should change their sexual orientation by religious means. Finally, I asked if AB 2943 prohibited the sale of books or videos promoting celibate behavior for gays as a way to adhere to religious beliefs.
Low’s Communications Director Maya Polon wrote back to answer all three questions negatively. According to the sponsor, the bill doesn’t relate to books or speech. I followed up by asking if any of the unlawful business practices has ever led to the banning of any books or speech. She wrote back to say that she wasn’t aware of any instance where books about any those practices have been banned. I also asked Mr. French via Twitter if he was aware of books banned in CA due to the unlawful practices law but have not heard back from him as yet.
A few days ago Evan Low responded to this issue via Twitter:

A church or individual may still practice conversion therapy if they do so without charging for this fraudulent service. It does not ban bibles nor does it ban the basic sales of books as some would have you believe. #leadwithlove @eqca @HRC @TrevorProject https://t.co/cHCQTYhInl

I haven’t decided what I think of the bill yet but unless this part of the law has ever been used to try to ban books before, then it doesn’t seem to be a serious reason to oppose it now. There is a lot wrong with conversion therapy but generally I favor more freedom not less. What makes me think this could be a reasonable response to the harm reparative therapy can do is that there is nothing in the bill that stops a person from trying to make personal changes outside of a professional context. Furthermore, I don’t see how the bill prohibits counselors from helping clients who pursue celibacy. However, it does remove the stamp of approval of the mental health professions for change therapy.