Over the past few weeks, I have written about the Nashville Statement. In doing so, I realized that many readers here haven’t followed this blog 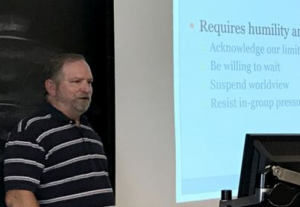 since the beginning (2005) and aren’t aware of my work in the area of sexual identity. In fact, I would say a significant number of readers came along in 2014 when I wrote about Mars Hill Church.
On Saturday, Yahoo News published a profile of my work by Senior Political Correspondent Jon Ward. In the well written piece, Jon focused on my prior support for sexual orientation change efforts. However, he also connected the dots from that work to my opposition to Uganda’s Anti-Homosexuality Bill and later opposition to Christian nationalism and megachurch exploitation. I appreciate Jon’s careful attention to the nuances in the story.
If you are interested in more information about how I went from being a supporter of reorientation therapy to being a vocal opponent and how that journey connects to current interests, I encourage you to go read Jon’s profile.