Emmy winner Sterling K. Brown brilliantly plays Randall Pearson in the NBC drama This Is Us. According to his Twitter account, he is also “a child 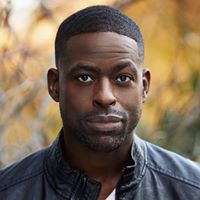 of God.” In a 2016 Facebook posting just after the Pulse nightclub shooting in Orlando, Brown expanded on that by saying that he grew up in St. Louis as a Christian. He also said that he has three family members who are gay and he believes #gaylivesmatter. You can read the whole post below or at his Facebook page but for the sake of discussion, here is a quote about Christianity and affirmation of gay people:

WE AFFIRM that it is sinful to approve of homosexual immorality or transgenderism and that such approval constitutes an essential departure from Christian faithfulness and witness.
WE DENY that the approval of homosexual immorality or transgenderism is a matter of moral indifference about which otherwise faithful Christians should agree to disagree.

Although he doesn’t specify his personal beliefs, Brown’s statement of support for LGBT people is remarkable. It sounds like there is some conflict in his family about the matter and yet he has come forward with a strong statement of support.
Dear Council of Biblical Manhood and Womanhood, is Sterling K. Brown one of us?