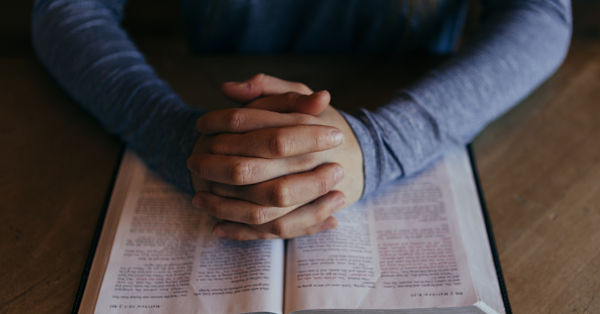 Last week I posted the case of a young child with school refusal. I treated the child without relapse and wondered how a biblical counselor would conceptualize the case. I was especially interested in how Health Lambert would respond, because Lambert recently wrote a document titled Ninety-Five Theses for an Authentically Christian Commitment to Counseling. Lambert is the executive director of the Association of Certified Biblical Counselors and promotes biblical counseling which is to say counseling that relies on solely on the Bible for the answers to the problems addressed in counseling.
To date, Lambert has not replied to my requests. Instead, I am happy to include the case conceptualization of Tim Allchin, a biblical counselor in Chicago who runs a ACBC approved training site. Tim’s response to the case came from his comment on the original post.

The question in the original post has now grown into a series. My plan is to present the original case again here along with Tim’s comments. I will make some brief comments.  Then I plan to present a conceptualization by a Columbus, OH Christian psychologist A.J. McConnell on Tuesday. I will also comment on A.J. contribution. Then on Wednesday, I will provide the rest of the story. I will describe how the case turned out and raise some questions about the Ninety-Five Theses. On Thursday, I will wrap up the series.

A Case of School Refusal

Last week, I wrote about the following case:

A mother and her second grade son attended the first session together. The father was at work. A meeting with them revealed that the youngster was afraid to remain in his school classroom. The boy attended a local public school and had never been afraid to go to school before. However, within the first month of school, his pattern was to enter school and remain in his classroom. After just a few minutes, he bolted from the room to the school office seemingly in terror and asked for his parents. This had been going on for about a month nearly every day. He remained in school on days his class attended field trips or out of class activities (e.g., library days). The parents had tried alternating morning rides to school and his father had carried him back into the classroom on multiple occasions only to have the same result. He bolted from the class looking for his parents.
On examination, the boy had male typical interests, played rough and tumble sports, was tall for his age, and was socially popular. He had never displayed separation anxiety beyond the norm prior to this year. In all respects except the fear of remaining in his classroom, the boy and his family (one older female sibling) seemed entirely normal and unremarkable from a mental health standpoint. The parents were leaders in their Christian church and the boy happily attended Sunday School and had professed a belief in Jesus as his Savior.

I sent a link to the post to the executive director of the Association of Certified Biblical Counselors Heath Lambert via Twitter with hopes that he might respond in keeping with his Ninety-Five Theses. Dr. Lambert did not reply but biblical counselor Tim Allchin did via the comments section of the post. I appreciate the care he put into his answer and I have reproduced it below.

Tim Allchin
I serve at the director of the Biblical Counseling Center in the Chicago area which is an ACBC certified training center. We have nearly 200,000 hours of counseling experience on our counseling team. However, I don’t speak for Heath Lambert or ACBC officially so this is some of my thoughts. I also speak as a father of adopted children and often hearing the stories of other adopted children in families that are part of our lives. I remember the separation anxiety in my own children upon returning to regular work after we completed adoption and having to work through this with them. I know as a parent this is heart-wrenching at times. As a biblical counselor, I have often worked with children through anxiety, (some with similar circumstances to the case study), and recognize the complexity of human experience in a fallen world. I am firmly committed to the idea there is no better anchor than Christ that an anxious soul can cling to for comfort, peace and relief. Additionally, there is no more reliable guide to the human experience than the scriptures.
My general approach:
In this case, we have physical, emotional, habitual patterns that all interact with the spiritual life of the child and the parent. My starting point would be to gather data on all of these areas from both the child, school teacher and the parent. The child’s fear is a mixture of thoughts, actions and desires that need to fleshed out to understand what possibly triggers this type of response. My working assumption would be that some sort of traumatic experience is likely the genesis of this behavior. I would want the child and parent to know that even a child’s beliefs determine actions, resulting in feelings that either escalate or calm. We need to work from both the outside-in and eventually from the inside-out.
A couple other points I would make clear:
1. We would look at good science to determine and evaluate exercise, rest, nutrition. Additionally, we believe that a life of consistent structure and spiritual encouragement patterns help children and adults thrive. Additionally, a biblical counselor would not oppose all medication in a case like this but it wouldn’t be our first, or likely even second recommendation. We would seek to make progress in thought patterns and structural changes before medicine.
2. We would work with parents to seek to help the child put simply actions steps into place on a consistent basis.
3. Relationship with a child is key to the counseling process. Things like art, music and play are bridges into a child’s world and we would likely use them to build trust.
4. Biblical Counselors have written no less than 10 books on fear and anxiety over the past decade. We would do research into the observations of others who have worked with people over several decades now that biblical counseling has been practiced faithfully in the North American church context. A faithful biblical counselor doesn’t wing it, he studies what God has to say and how others have faithfully ministered the word to those in these contexts. In our own center, we have counseled 1000’s of hours with kids and 10,000’s of hours with the issue of anxiety and panic attacks. Those who paint all biblical counselors as amateurs likely haven’t ever talked to a serious student of biblical counseling. Perhaps I’m too defensive here, but I often see that mindset in threads in these types of articles.
Below would be a bit of the process that I would think through:
First a biblical counselor would seek to gather data:
I would seek to help them identify emotions, behaviors, habits, beliefs, and heart motivations.
What do they desire most of all? (3 Wishes/Changes Game)
What is NOT said? (Avoiding talk of certain people or topics)
HOW is something said? (Tone, emotions)
Data gathering with kids questions or open-ended sentences
Second, a biblical counselors seeks to determine Action Steps that help a child function in a way that pleases God:
Particularly with boys, we would seek to have a physical redirect when anxiety takes over. I have assigned things like stress balls, legos, physical exercise (jumping jacks, push-ups etc.), appropriate yard work/cleaning projects. Second, I have them select one verse about how God cares for them in difficulty and write it on a card and place it in their pocket and seek to have them review to redirect their mind from anxiety to truth. Third, I let them know that the adults around them are going to help them when those anxious moments come, not be critical of them. We want to help them grow. Fourth, I will have do a simple journal so they can learn to articulate what they were thinking. I often remind parents that the debrief after a difficult moment is the most important time to reach the heart of a child.
Additionally, I am going to have conversations about the following with a christian family is being counseled:
What does the Bible say he needs to “put off” regarding fearful behaviors that lead to disobedience? (Repentance)
What does the Bible say he needs to “put on” to better love God and neighbor as self? (Replacement)
What is the child’s response to things out of his control?
What changes are eventually able to be brought under Holy Spirit and self-control? (Heart attitudes, thoughts and
actions)
What developmental assets does a child have that could support them through this struggle?
I want to determine if any of these are triggers for their anxiety: Because all biblical stories point back to Christ, I want to demonstrate examples of others in scripture who struggle with anxiety and how they found hope in the promises of God. Possible triggers are (not all of these are really plausible in the case study you laid out but they could be in others):

I welcome interactions, critique, push-back and challenge and will seek to learn from others as I read.

Some of what Allchin offers here is very consistent with what many professional counselors do. Of course, the emphasis on biblical thinking and repentance as a part of a cure is not.
I can’t speak for Mr. Allchin, but I imagine he will read any comments left for him. Please make them constructive and polite. Tomorrow, Christian psychologist A.J. McConnell will provide his conceptualization of this case.
To read all posts in this series, click here.