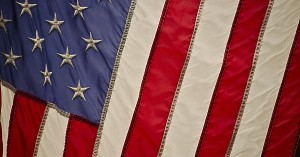 Delegates decided to require nine states to ratify the Constitution. The debate on the Committee of Detail ended today with a new committee formed to report on all other proposals.

The discussion and debate on the report of the Committee of Detail ended today. All remaining proposals were referred to the Brearly Committee which consisted of one representative from each state.
Even as the delegates closed in on the last articles for debate, some key delegates were expressing doubt about their work.

Mr. GERRY moved to postpone Article 22.
Colonel MASON seconded the motion, declaring that he would sooner chop off his right hand, than put it to the Constitution as it now stands. He wished to see some points, not yet decided, brought to a decision, before being compelled to give a final opinion on this Article. Should these points be improperly settled, his wish would then be to bring the whole subject before another General Convention.
Mr. GOUVERNEUR MORRIS was ready for a postponement. He had long wished for another Convention, that will have the firmness to provide a vigorous government, which we are afraid to do.
Mr. RANDOLPH stated his idea to be, in case the final form of the Constitution should not permit him to accede to it, that the State Conventions should be at liberty to propose amendments, to be submitted to another General Convention, which may reject or incorporate them as may be judged proper.

It is remarkable that at that late date, some delegates wanted to scrap the whole thing and start over. To the point of the so-called “biblical Constitution,” Christian delegate didn’t feel the work had achieved a “vigorous government.” Morris believed the delegates were “afraid” to do so. How do these statements compare to the picture often painted by Christian nationalists of Christian delegates self-consciously creating a Christian republic? Not well, in my view.