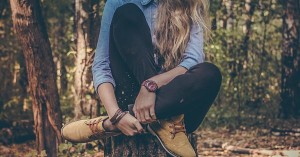 Tim Clinton is the owner and president of the American Association of Christian Counselors. There is a non-profit side to the enterprise but the AACC is a for profit business. Clinton has become a key supporter of Donald Trump and like many evangelical leaders has remained silent in the face of Trump’s more outrageous episodes.
One former member, Aaron New, a psychology and counseling professor at a Christian college and former AACC member was upset to hear nothing from Clinton about Donald Trump’s descriptions of his actions on the infamous Access Hollywood audio. After trying to get a response from Clinton at the time, New sought answers from the board of directors. After hearing nothing from them, he decided to allow me to publish the letter.  Together we are launching a petition at Change.org for those who also want to express their concerns.
Although this may seem like an anti-Trump effort, it is not inherently so. The petition is for Trump supporters and those who might have opposed him. The aim is political neutrality in AACC and AACC events. We advocate for speakers who are involved in counseling, not known as partisans or campaigners for specific political positions in the culture wars.

AACC Doesn’t Want to Talk About This

Throckmorton: Why did you decide to write the executive board?
New: I had already attempted to contact Dr. Clinton via Twitter with the concerns expressed in the letter. I have no email address for him. He did not reply so I thought I might get some information from the board. However, I am still having a hard time understanding who is on the board. For instance, the list for the advisory board includes the name of a man who died in 2005. Customer service told me after several inquiries that the list is the most current they have. I have not heard from any leaders of AACC.
Throckmorton: So is that why you decided to publish it as an open letter?
New: Yes, as we have discussed, AACC has not been very responsive to me as a member. I think the concerns of the letter are valid and should be addressed by a group supposedly dedicated to advancing Christian counseling.
Throckmorton: What do you hope to accomplish?
New: I still think there could be value in the AACC but it needs to be more responsive to member concerns and stay out of partisan politics. Jay Sekulow is a plenary speaker at this year’s world conference. I don’t understand his place at the conference at all. He is now one of President Trump’s attorneys and in the thick of the political and legal defense of the president. I would like to see AACC become a professional home for counselors of all political persuasions. Although I am definitely a conservative, I don’t think Christian leaders should provide silent approval for actions which in the end make our work more difficult. Until something changes, I don’t think I can rejoin the AACC. I’ll have to look elsewhere for an organization to invest in.

Below is New’s letter along with co-signers

I am writing as a previous member of AACC and as one who teaches about and is passionate about Christian Counseling.  I have attended many regional and world conferences, enjoying the fellowship and education/training they provided.  I appreciated their publications and advocacy for Christian Counselors around the world.  For a very long time, the AACC was my professional home.
But I allowed my membership expire due to concerns about its recent direction and mission.  I miss being a part of the AACC and I am still weighing the benefits of calling it my home.  As I do so, I wonder if you would be willing to address some of my concerns.
In May of 2016, Dr. Clinton joined the Evangelical Executive Advisory Board for then presidential candidate Donald Trump.  In every instance I found, Dr. Clinton was not just mentioned by name, but also as the President of the AACC.  This certainly seemed to me to be a politicization of the AACC.  I expressed my concern about this at the time and have been watching Dr. Clinton’s involvement (among others) rather carefully since then.
Dr. Clinton has been a vocal supporter of Donald Trump through his candidacy and presidency.  As far as I can tell, he has never offered any public criticism of Trump’s character, behavior, or policies.  He has, however, gone out of his way to publicly confirm and praise him.  Just one example (but of particular concern) was Dr. Clinton’s silence during the controversy that surrounded Trump after the release of the Access Hollywood video.  As the leader of the flagship Christian Counseling organization, it seemed unconscionable to me that Dr. Clinton refused to condemn such harmful words and behaviors – the very kinds of words and behaviors that we work against in our offices and with our clients every day.
I believe that the members of the AACC deserve better leadership and guidance than this. At a minimum (and in my clinical opinion), Trump exhibits the character and behaviors of a person who, if in our offices, would be challenged not celebrated.  But much beyond that (and still in my clinical opinion), Trump’s character and behaviors are the kind that cause wounds and trauma to the very people that end up needing the care of Christian Counselors.  It seems hypocritical to celebrate Trumpish character and behavior because of political power or expediency and simultaneously try to care for the people who are harmed by them.  Even if Dr. Clinton feels justified in maintaining his support of Trump, the very least he could do is address these concerns for members of the AACC. The president of the AACC should be willing and able to offer guidance to Christian Counselors for how to think about these issues, but as of today has been unwilling or unable to publicly do so.
In my estimation, Dr. Clinton’s support of Donald Trump and the politicization of the AACC has only grown with time.  Most recently, the AACC announced the addition of several keynote speakers to the 2017 World Conference. Among them were Jack Graham and Jay Sekulow. While Jack Graham is another member of the Evangelical Executive Advisory Board and a vocal supporter of Trump, I am not terribly surprised by his addition.  But asking Jay Sekulow, Trump’s personal attorney and public advocate, to speak at the World Conference is, well, simply unbelievable.
I miss the AACC, but if I am ever to return I would like to know more about the Board of Directors (both as individuals and as a body).
Do you personally support this kind of politicization of the AACC?
Is Dr. Clinton’s support of Donald Trump reflective of you and/or the Board of Directors as a whole?
Has the Board of Directors approved of the current politicization of the AACC?
Is there a policy about the AACC being a political body?  And if so, is that policy available for review?
What, if anything, would you say to others like me who are gravely concerned about the current politicization of the AACC?
Thank you for your leadership of the AACC.  And thank you for taking the time to listen and respond.
Aaron A. New, Ph.D.
Professor of Psychology and Counseling

After New wrote the letter, he showed it a few colleagues who requested inclusion. They asked that this sentence be attached to the letter:

The following is a list of cosigners who have similar concerns about AACC direction and are reconsidering their membership.

I am a former member of the AACC advisory board. I was removed without notice several years ago. It really didn’t matter since we did no advising anyway. One of the issues beyond the politics is that the members are pretty far removed from the ownership. In this regard, AACC isn’t really a professional association as much as it is a business. Professional associations have elections for officers and bring members into the decision making. In AACC, it seems to me that members are principally consumers of the AACC products sold at conventions and on the website.
AACC current, former, or potentional members who would like to sign on to this letter can leave your name in the comments and sign the petition here.