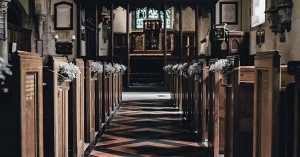 The Supreme Court today said yes: if other nonprofits are eligible for state funds to refurbish a playground, a church shouldn’t be denied the same funds on account of being a church. In Trinity Lutheran Church of Columbia MO v. Comer, the Court decided 7-2 that states may not discriminate when awarding such funds (read decision).
At issue was a ministry of Trinity Lutheran — their daycare — and funds which they wanted from MO for placing a rubber surface on the space. MO had a rule which eliminated churches on antiestablishment grounds. The court said the state could not refuse to provide funds to a nonprofit just because it was a church.
On the surface, this may seem like a win for churches, but I am not so sure what strings may be attached, nor does it seem wise for tax dollars to go to a church, even if the church uses those funds for playground resurfacing. Eventually, those dollars aid the church in religious purposes, it seems to me, which might not seem so bad when it is your church but might seem to be a problem when it isn’t.