Today, on the second hour of his radio show, Glenn Beck spoke briefly about the charity he founded, Mercury One. Listen:

We’re just going through an audit and I said to, Mercury One, I want the toughest auditors you can possibly find. Now that’s Mercury One, I’m not even on the board of Mercury One but I went to the board and said, ‘you guys should have the toughest audit and I want to see every page ’cause I’m raising most of the money for you. I want to see every page. And if there’s something wrong, I want the audience to know. If there’s something right, I want the audience to know. I think they should publish it on the website. We have to be transparent in everything we do and that means you too.

The audit may be in part a reaction to my recent articles about changes at Mercury One. Mercury One changed their donation allocation policy to avoid designated funds. Now all donations go into a general fund which may be spent as the leadership decides. 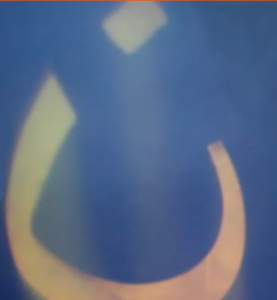 An issue which may have raised the need for an audit is the question about what David Barton did with the $104,000 given to him by Mercury One while Barton served as board chairman. Mercury One gave Wallbuilders (Barton’s charity) $204,000 in 2014 and 2015 combined.  The IRS 990 reporting form for one of those years said Barton used the funds to help people with “unforeseen disasters.” Historically, Wallbuilders has not been engaged in disaster relief.
On transparency, I have asked Mercury One several questions but there has been no response.
If Glenn Beck wants to be transparent, he could start by getting David Barton to acknowledge academic fraud. Over six months ago, Barton claimed on camera that he had an earned degree. As it turns out, the degree was given by a diploma mill.
He could also have Barton admit that he never played Division One NCAA basketball for Oral Roberts University.
If Beck really wants transparency, he could start with Mercury One’s chairman of the board.