Yesterday, Max Brantley at the Arkansas blog posted results of his freedom of information request from the state government. He was able to get emails regarding funds funneled to Ecclesia College as well as the subpoena to the Northwest Arkansas Economic Development District from investigators looking into the Arkansas bribery scandal.
I found one email especially interesting. In it, the NWAEDD sent a listing of grants issued by the District to Ecclesia College. See it below: 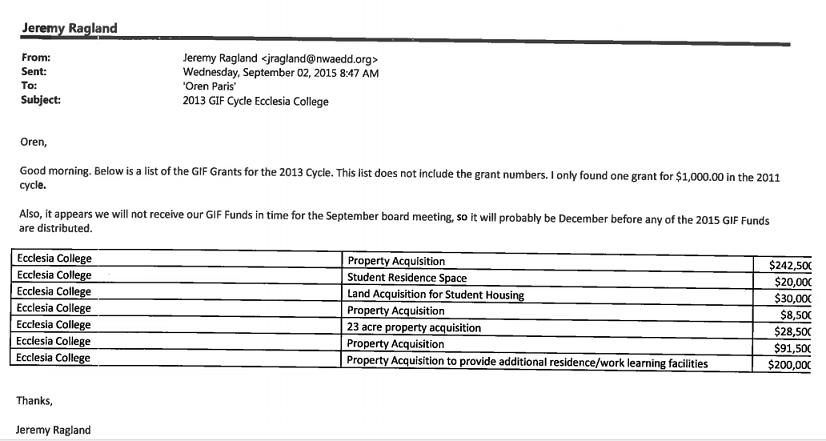 The figures add up to $621,000, mostly for property acquisition. Thus, the taxpayers of Arkansas have helped to purchase land for a church (which the college is according to the IRS). Something seems very wrong about this.
In the material Brantley received, it is clear that Oren Paris III, the president of Ecclesia College, is being investigated in some fashion. The subpoena requests all communications and documentation regarding the General Improvement Fund grants. Most likely, Paris and Ecclesia will remain silent about the matter until the investigation is completed.