Yesterday, I posted a link to David Barton’s video defending himself against charges that he doesn’t have an earned doctorate. He never named the school from which he earned the degree. However, he pointed to three diplomas, one of which was partially hidden. That mystery degree is the one he told his audience he earned. I showed evidence which leads me to believe the degree is from unaccredited Life Christian University. 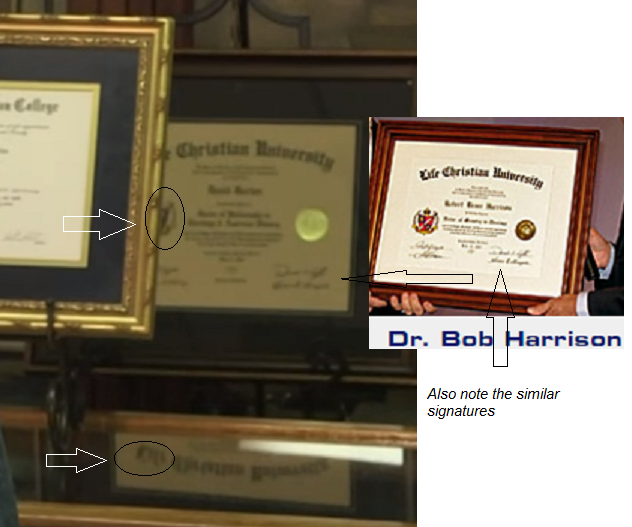 This certainly looks like Life Christian University to me: 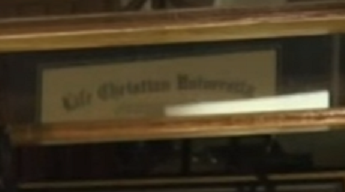 LCU is really a church and lists an accrediting body which is not recognized by any credible registry of accrediting organizations. Because my post doesn’t make sense without the video, I posted it to another YouTube account.

LCU claims accreditation from an organization called Accrediting Commission International. ACI is not listed by either the U.S. Department of Education or the Council for Higher Education Accreditation as a recognized accrediting organization. LCU is not listed as an accredited school in either one of those data bases, nor is it listed in the Integrated Postsecondary Education Data System data base. In a future post, I will pull together what I have learned about LCU and ACI.

For now, it is enough to know that any degree “earned” from LCU should be scrutinized. At present Barton has provided no explanation for why one day Barton said he proved his critics wrong and the next day the self-described proof is missing.