On Facebook, Donald Trump is asking for campaign contributions. This is from earlier today: 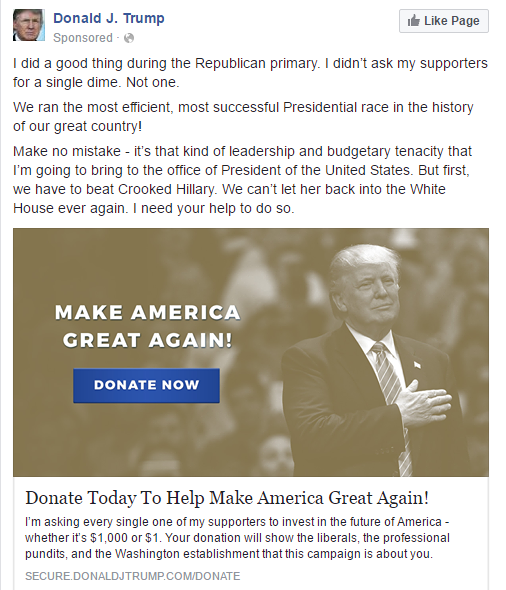 He said he didn’t ask his supporters for a “single dime.” The only way that is true is if he means that he literally did not ask for one dime. On his campaign website continuously throughout the primaries, Trump had at least two “Donate” buttons on the front page of his website. The “Donate” button is on the page all the way back to at least May 2015. Maybe he didn’t want a single dime, but if people wanted to click the button and donate a couple of dimes or more, they could do that. The media started reporting that Trump’s delegate count reached the magic number in late May 2016. Here is a screen cap from January 2016; notice two “Donate” buttons, one in red and the other in blue. 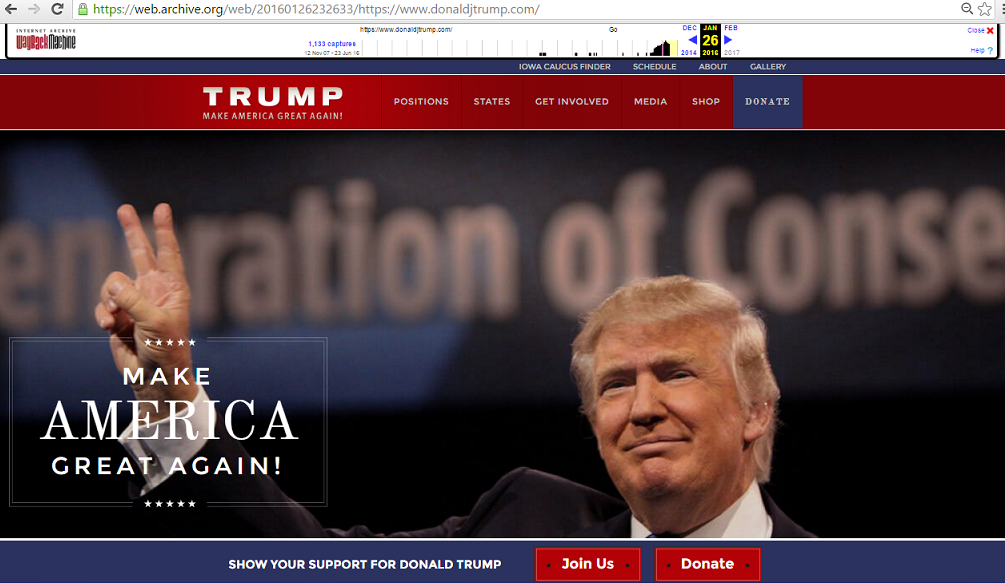 If one examines the self-funding claim a little more, one finds that Trump had been receiving and reporting donations all along and pretty substantial ones at that.  It just isn’t true he didn’t ask for (see above) or take donations (link).
This duplicity seems to be a part of doing business for Trump. For instance, Trump denied he said killed patrons at The Pulse could have prevented the Orlando massacre by carrying weapons. However, he did say it but later walked it back as if he didn’t.
I know voters have a terrible choice if Trump makes it through the nominating convention next month, but if you plan to support Trump, don’t pretend like Jerry Falwell, Jr. did on CNN that Trump is dealing honestly with the voters.