In Pennsylvania tomorrow, GOP voters will be confronted with a choice of John Kasich, Donald Trump, Ted Cruz, Marco Rubio, Jeb Bush, and Ben Carson. They also will be asked to vote for delegates to the GOP convention in Cleveland.  The ballot doesn’t spell out which candidate each delegate has committed to vote for at the convention. Some will remain uncommitted and others might be persuaded to switch, making PA delegates very popular between now and the GOP convention.
Political website PoliticsPA published a list of delegates who are pledged to Donald Trump. For those #nevertrump PA readers, this could be a handy help going into tomorrow.
Review the list.
Trump has 41 delegates in 15 districts committed to him.
According Former KKK Grand Wizard David Duke, Donald Neuhaus has pledged for Trump in the 14th District. He also has a handy list. One wonders where he got it.
Here is something more official from the Trump campaign. 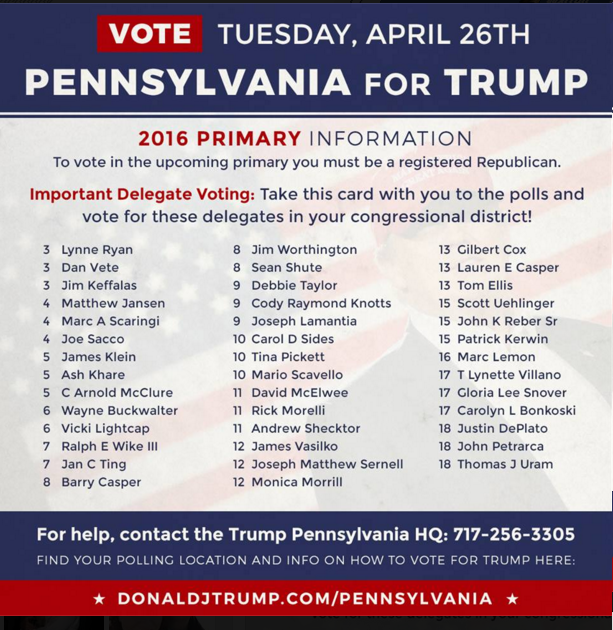