For those who are missing Tullian Tchividjian, his comeback might be underway.
In an April 1 church email, Tchividjian was listed as a speaker for a men’s breakfast last Saturday at Spring Hills Community Church in Santa Rosa CA.  As of April 4, this announcement was posted on the church website. Then later in the week, Tchividjian’s name was removed from the event description. 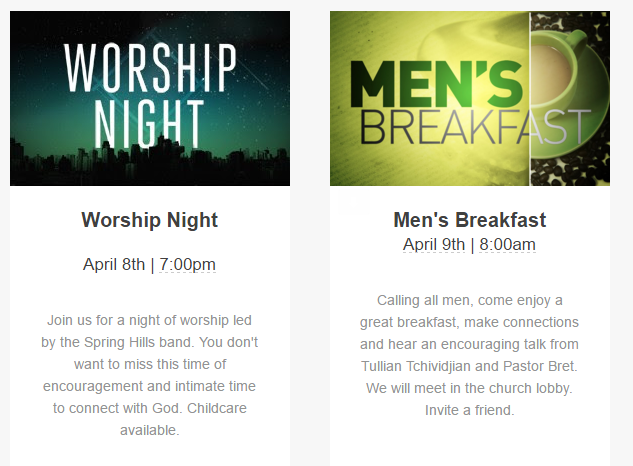 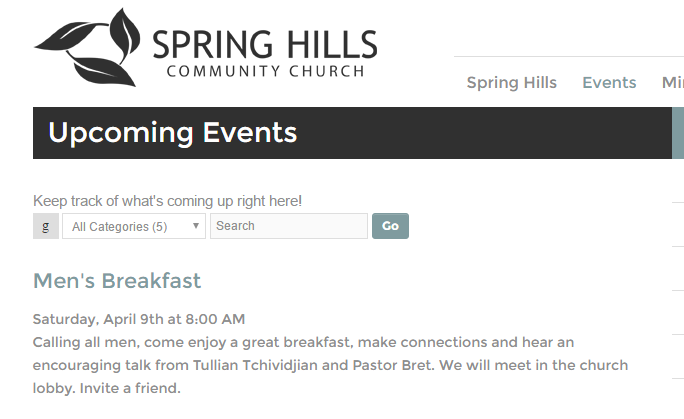 After Tchividjian’s name disappeared, I asked Hunter Frederick, Tchividjian’s public relations consultant, if Tchividjian was speaking at the event. On April 7 he replied, “Tullian will not be speaking at Spring Hill (sic) Community Church this Saturday.” He added that the announcement in the email and on the website was “a misprint.”
As it turns out. Tchividjian did speak at the breakfast meeting. On April 9, Tchividjian gave a talk as previously announced and spent much of the prior week there. No one at Spring Hills responded to two emails sent to the email address listed on the church website.
Yesterday, Hunter Frederick confirmed that Tchividjian did speak at the breakfast.

I spoke with Tullian and he was invited to the church as a personal retreat of sorts. While he did speak at the breakfast it wasn’t “preaching” or speaking. My understanding is he was just introduced and that was about it.

Tchividjian spoke but it wasn’t speaking.