When it comes to legal defense against the recently filed RICO lawsuit, Gospel for Asia is going big.
Locke Lord of Dallas is a large firm which boasts former Bush Administration Chief Counsel to the President Harriet Miers.  Miers is among the attorneys who will represent the GFA defendants. In 2005, Miers was nominated by Bush to fill Sandra Day O’Connor’s seat. However, the administration later withdrew her name amid controversy.
If GFA is paying full freight, I suspect the “Where Most Needed” fund is going to take a big hit. 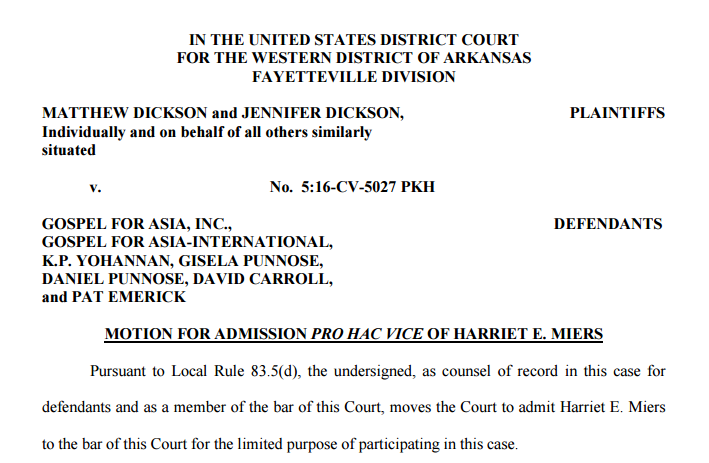