Corey Lewandowski was charged today with battery in the case of former Breitbart reporter Michelle Fields. Here is the security footage. Fields is next to Trump and Lewandowski is behind her. What do you see?
To get oriented, here is a screen cap at the beginning with the people identified. 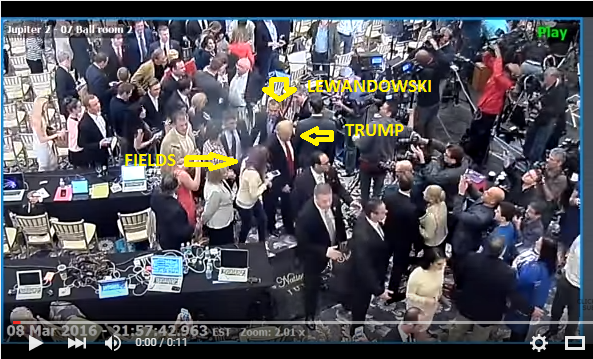 Wow, Corey Lewandowski, my campaign manager and a very decent man, was just charged with assaulting a reporter. Look at tapes-nothing there!

For his part, Lewandowski says he never touched her:
Who’s right?