En masse, Republican primary voters may not be acting in the best interest of the party’s chances in the November election. Real Clear Politics tracks all kinds of polls, including how each GOP candidate does against the likely Dem nominee Hillary Clinton. John Kasich consistently polls higher than the other three candidates despite being fourth place in the current delegate count. Even though he has amassed the most votes, Donald Trump consistently loses to Clinton in a head to head match up. 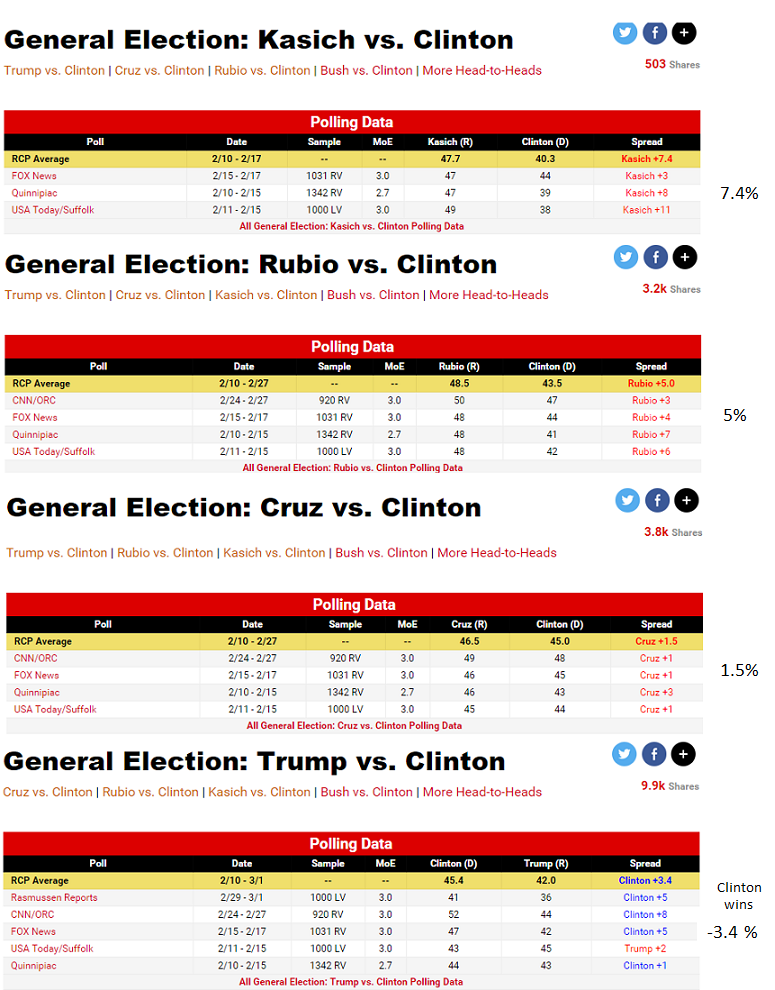 So when Donald Trump says Clinton doesn’t want to face him, I think he is overconfident. In current polling among Republicans, Trump leads, followed by Cruz, Rubio and Kasich. However, the same polls show Trump losing to Clinton with Kasich showing the largest winning margin over Clinton followed by Rubio, and Cruz.
If you check the polls back into 2015, all GOP candidates consistently lost to Clinton in most polls conducted in 2015. However, Kasich, Rubio, and Cruz have risen to a winning position in 2016. In other words, they have closed the gap, with Kasich showing a larger margin of victory on average than Rubio and Cruz. Trump on the other hand has only won 5 out of 47 polls against Clinton and has consistently trailed her up to and including the most recent polling. For the full analysis, see the Real Clear Politics pages for each candidate:
Kasich v. Clinton
Rubio v. Clinton
Cruz v. Clinton
Trump v. Clinton