The PAC backing Ted Cruz calls Mitt Romney a “terrible candidate” and believes Cruz will be able to turn his Cuban heritage into Hispanic votes if he wins the GOP presidential nomination. In a report titled, “Can He Win?” the PAC now headed by David Barton is sharply critical of Mitt Romney and his campaign for the presidency. CNN posted a link to a slide show with the same content back in July, but that link now is dead.

The report repeatedly tells readers, “In 2012 a terrible candidate with a terrible campaign almost won” and then refers to Romney’s performance among African-Americans and Hispanics. Here is the Colorado analysis: 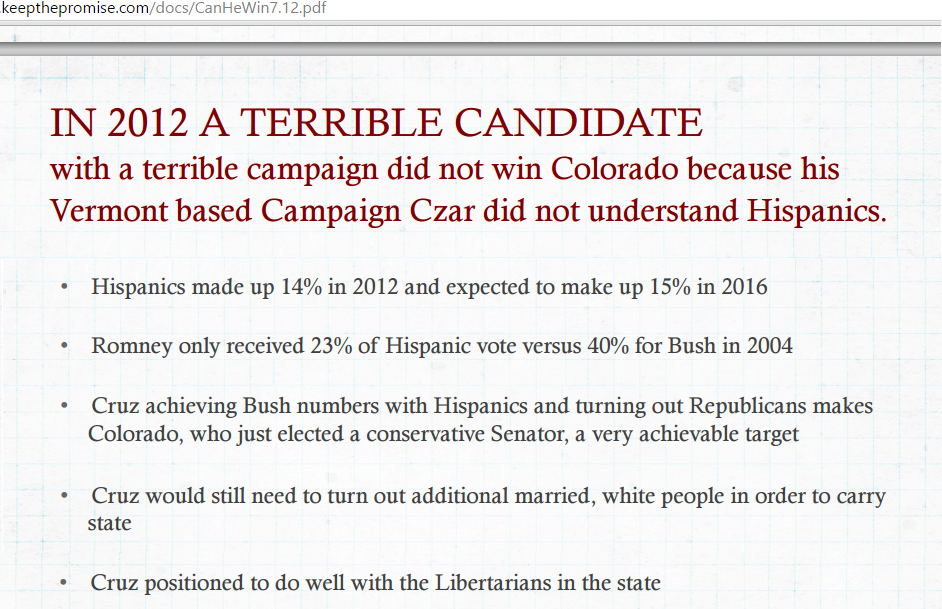 What will bring out the white voters? According to Keep the Promise, Common Core, Immigration, Future not Past, National Security and Foreign Money. Honestly, I am not sure how Cruz is going to drive up white and Hispanic vote at the same time if his wedge issue is immigration.
Readers, do you think this PAC will bring home a Cruz victory?