And by the way, just so you know, I am not legally on any boards, any trusts, anything in any of these countries. I have no powers to make decisions or sign money, or release money, or make decisions, I am completely legally…why? Because anybody who work in the United States or overseas countries have a board membership or have legal membership should not be part of their legal entities in India. It’s a conflict of interest and therefore we send the funds and it is immediately under the government watch care and the government of India is responsible and investigative agencies and tax divisions to make sure  that is carried out within the time frame or whatever they do, that is a public thing.

I found this to be an odd declaration since the 2013 financial audit seems to point to a common board member of GFA in the United States and GFA affiliates in India, Nepal, Myanmar, Sri Lanka, and Bangladesh. From the 2013 audit:

If this board member isn’t K.P. Yohannan, then who is it? No matter who it is, by Yohannan’s reasoning, being on both boards would be unethical since Yohannan says having an American board member on the board of an Indian charity which allocates American funds is a conflict of interest.
However, it certainly seems as though it is Yohannan. For instance, Yohannan is referred to as a plaintiff in a court case brought by Gospel for Asia in India (click the link to read the case notes). He is also described as the “managing trustee and president” of Gospel for Asia based in Kerala. From the Indian website: 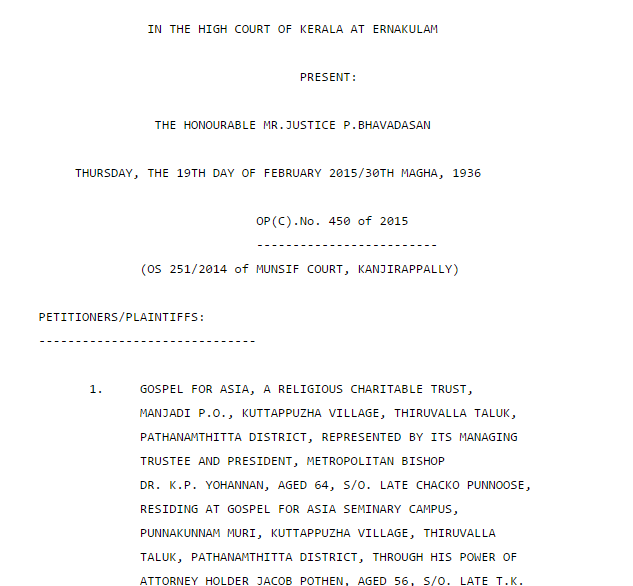 This document is dated February of 2015, just three months before Yohannan told his staff he wasn’t on any boards. There are many other court cases which list him as “mananging trustee and president” of Gospel of Asia (link, link, link, link).
In another lawsuit, Yohannan is listed as the managing trustee of the Carmel Education Trust of the Believers’ Church.

In this publication by the state of Kerala in India, Yohannan is referred to as the “Managing Trustee” of the Believers’ Church.

G . O. (Rt.) No. 448/2011/LBR. Thiruvananthapuram, 17th March 2011. Whereas, the Government are of opinion that an industrial dispute exists between Dr. K. P. Yohannan, Managing Trustee, Believers Church India (B. C. I.), Thottabhagam P. O., Thiruvalla and the workman of the above referred establishment Shri Joseph Kizhakkedathu, Manipara P. O., via Uliyikkal, Kannur District-670 705 in respect of matters mentioned in the annexure to this order ; And whereas, in the opinion of Government it is necessary to refer the said industrial dispute for adjudication…(emphasis added) 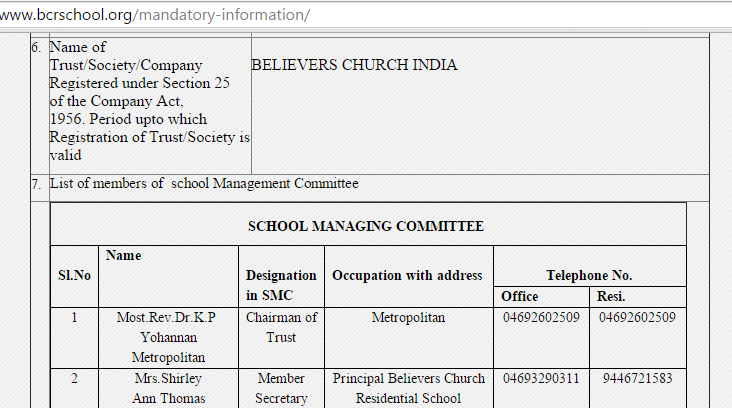 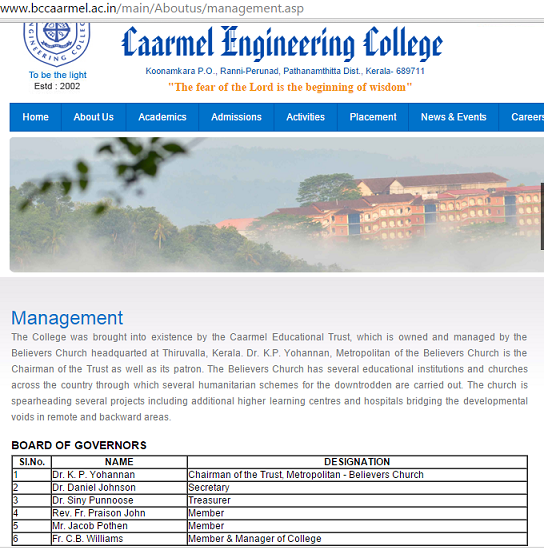 All of these listings are current.