As do other websites, Matt Barber’s “news” website BarbWire runs many articles which are provocatively titled. One late last week caught my attention, in part because of the irresponsible title and in part because the graphic misquotes President Obama.
The article claims Obama met with Islamic leaders to coordinate attacks on Christians. For some reason the word verbal is in brackets:

President Obama met with American Islamic leaders in early February at a secret White House meeting, and what those involved revealed through their subsequent actions is that Obama hosted that meeting in order to design and implement coordinated [verbal] attacks on Christians.

As it turns out, a Muslim comedian and two people in the administration seemed to say similar things about bad things done in the name of Christianity after this meeting. As far as I can see, the administration wants to keep the war on ISIS a political event and not collaborate with the opposition to make it into a holy war. In any event, as a Christian, I am not offended when people point out the truth that Christians have done horrible things in the name of Christ. I am grieved by that fact but don’t feel attacked.
In short, no individual Christian has been attacked via this so-called coordinated effort.
Also, someone at BarbWire included an image which misquotes Obama: 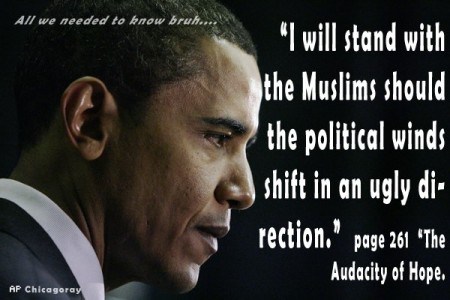 I don’t find anything like this on page 261 but on page 309 of Audacity of Hope, Obama has this to say about Arab immigrants: 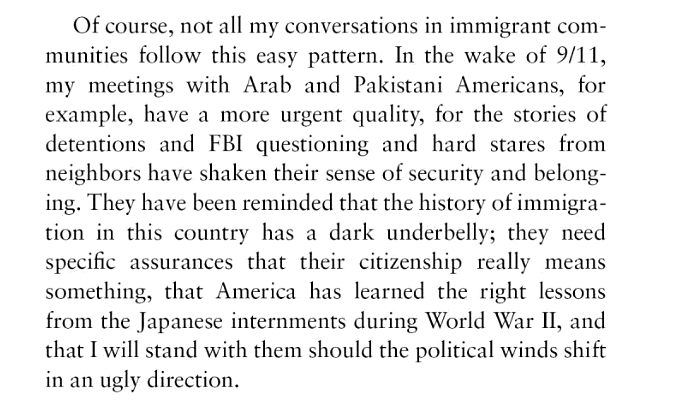 The President doesn’t focus on religion and pledges to oppose internment of Arab Americans. I would take the same position in the face of any such proposals.
The graphic misquotes Obama and takes his words completely out of context, leading to an implication at odds with what he said. The article doesn’t prove anything nefarious and certainly doesn’t prove that the President coordinated any attacks on anyone. The graphic is false, completely irresponsible and turns the article, such that it is, in an ugly direction. It should be removed.
UPDATE: Sometime in the middle of the night, Barbwire switched out the images. Now the one below leads off the article: 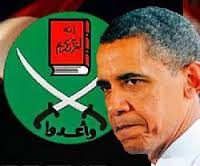 [Editor’s note:  the original featured image accompanying this article contained an inaccurate quotation.  We regret the error, which was  not the fault of the author.]

This is not much of an improvement as it makes it appear that Obama somehow represents organizations which support jihad.