Via spokesman Justin Dean, Mars Hill Church is now claiming that the Global Fund was not a fund after 2012. If that is true, then how is this letter from former executive pastor Sutton Turner to be understood? 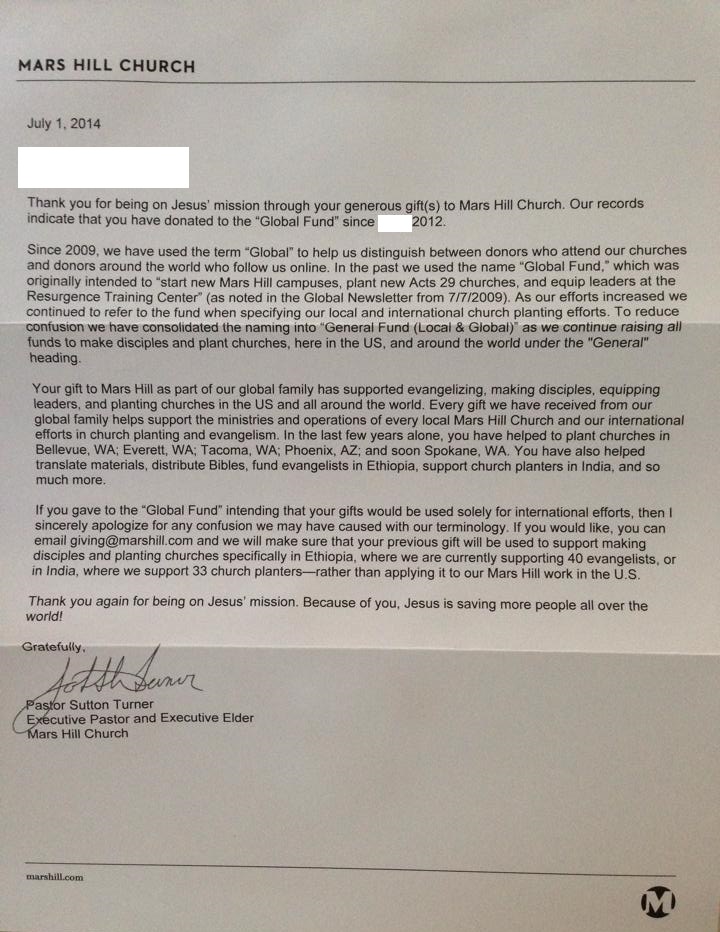 Our records indicate that you have donated to the “Global Fund” since ____ 2012.

According to the church, six thousand of these letters were sent to people who donated money to the Global Fund. However, if, as Justin Dean said, there was no Global Fund after 2012, then why did Sutton Turner say church records indicate that gifts were given to the fund? The church clearly has record of who gave to the fund and could disclose the amount given and spent if desired.