I have this information from a three credible sources but I am having a hard time believing it.
Sources inside Mars Hill Church tell me that it was announced in a meeting of Bellevue community group leaders that Bellevue volunteer elder Matt Rogers has been appointed to the Board of Advisors and Accountability.
If Rogers was added as an “independent member” then his name will be added to Michael Van Skaik and Larry Osborne as men who will examine the charges against Mark Driscoll. If Rogers is being added as an executive elder, then Driscoll would have had to appoint him, according to the by-laws.

If Rogers is being added as an independent member of the BOAA then he should resign his current volunteer position. The by-laws are not clear but it seems that having a position subordinate to Mark Driscoll would violate the spirit of the definition of “independent.” 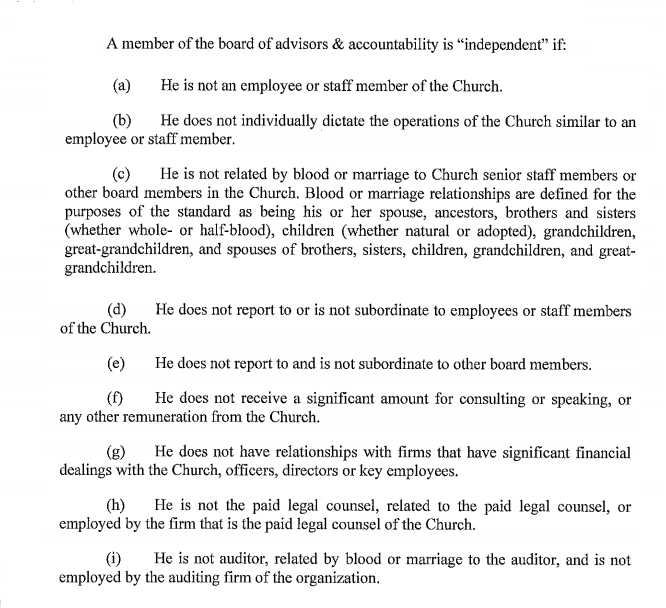 It is not clear to me that he qualifies as an independent since he is currently an unpaid elder at Bellevue where “he leads the church operations volunteer teams.” Even though he is a volunteer, he is subordinate to the two executive elders.
Rogers, who works in marketing at Microsoft, is the same man who responded by letter to the Mars Hill Bellevue campus protest. The letter was anything but neutral or objective. Furthermore, there are credible Mars Hill sources that say Rogers was not at Bellevue the morning of the protest.
It is incredible that the current BOAA would appoint a current elder to hear these charges.
Mars Hill Church was asked to confirm this claim but did not answer. I am reporting this because of the credibility of the sources, but I would not be surprised if the position is withdrawn or disavowed when it becomes widely known. According to two current elders and several former Mars Hill members, Rogers is well known as a staunch defender of the executive elders. As such, his appointment will not inspire confidence among Mars Hill Church stakeholders that the process will be objective.
As noted yesterday, the current BOAA members have already dismissed charges against Driscoll. Rogers’ appointment does nothing to promote confidence that the process will be objective and fair.