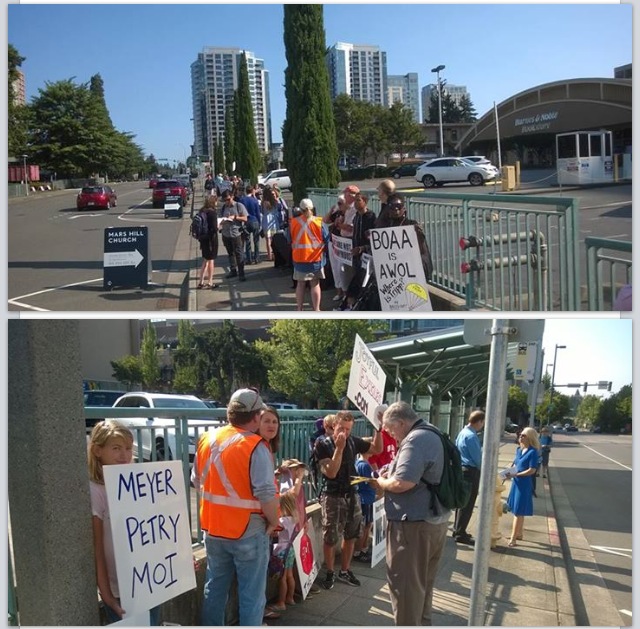 I spoke earlier this afternoon with Rob Smith who told me that 100-125 people participated in the demonstration* outside of Mars Hill Bellevue this morning.  According to Smith, the church sent out coffee and donuts and a woman offered the demonstrators welcome packets.

After Mark Driscoll told the congregation that people expressing concerns about Mars Hill were doing so anonymously, the participants wanted to correct that impression.

Smith said several current Mars Hill Church members participated in the event. Smith said they wanted to work for church change from within. Mars Hill members have no ability to vote or influence church actions.
Seattle Post-Intelligencer has a blog post on the event.

King5 has a report.

*News reports say between 50-65 showed up. Smith said 100-125 because some people left early and some came later. I heard from others there that the number was more like 80.