I guess moving out of celebrity status is hard.
Mark Driscoll appeared as a guest on James Robison’s show today discussing Driscoll’s  book A Call to Resurgence. The interview was tame compared to his interview with Janet Mefferd back in November 2013.  As you can see from the transcript, Robison didn’t bring up any uncomfortable issues.
In mid-March, Driscoll said he would be doing “very few media appearances, if any.” Until Easter, Driscoll’s live preaching was mostly to staff. I wonder if the Robison show was one of “very few” appearances or is the media blackout now over.
Driscoll also recently appeared on a t-shirt: 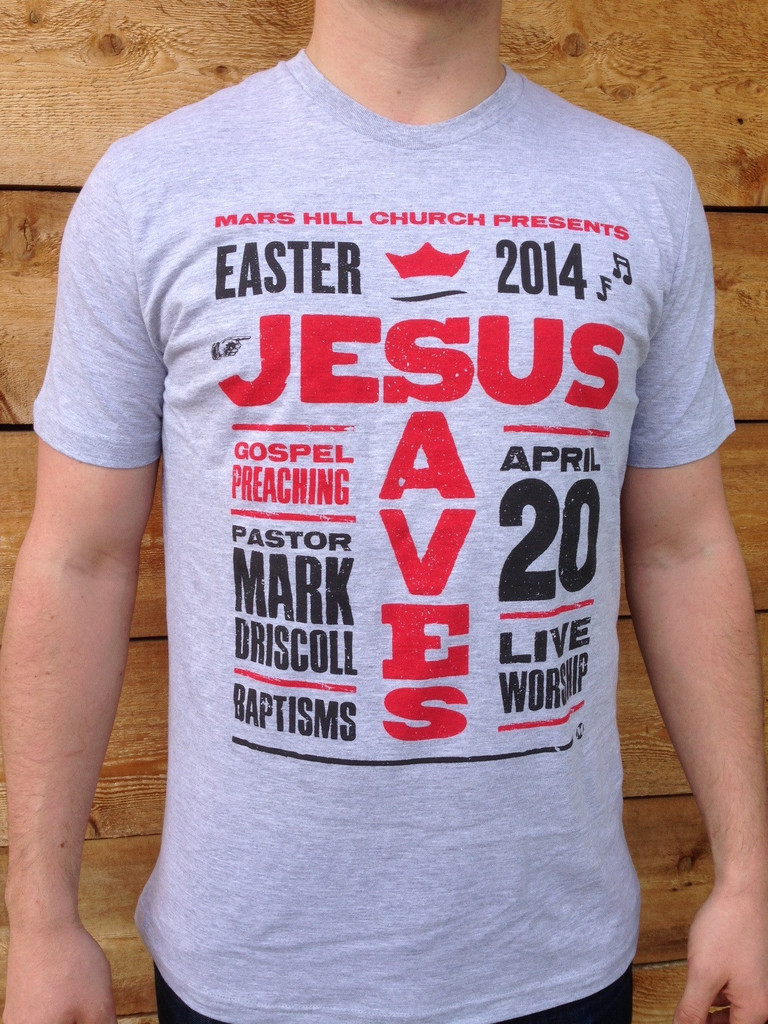 Note the “Pastor Mark Driscoll” next to Saves. At least Jesus got top billing.