Since November 2013, Mars Hill Church pastor Mark Driscoll has been at the center of a controversy surrounding “citation errors” in his books. In addition to other bloggers (e.g. Janet Mefferd, Wenatchee the Hatchet), I have examined various claims and located several problems which involve multiple books and publishers.  Publishers Crossway, NavPress and Thomas Nelson have announced that they are in various stages of examining and/or correcting these problems.
Click the image below to go to an identical table with live links to my posts on the subject. Just click on the cells with letters in them to read the relevant post. Note the key below which explains the four types of problems found. Following the table is a listing of the books involved. I should note that this chart might need to be updated if new material surfaces. 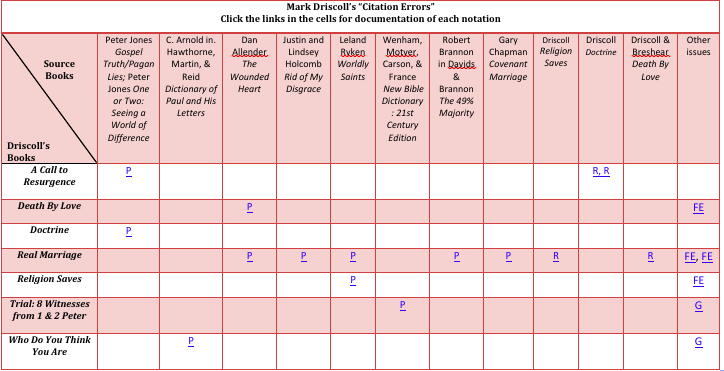