I have secured a copy of the report of the ministry of health on genetics and homosexuality. According to media reports and those close to the situation, this report was referred to by President Museveni as a reason to sign the Anti-Homosexuality Bill.
Each page of the report can be read by clicking the thumbnails below. First, I am including the press release describing the report and Museveni’s response to it at the NRM caucus meeting. Museveni refers in the report to a letter from “USA scientists.” I don’t know if he is referring to our letter or another one. Several were sent to the caucus meeting.
While there are several problems with the report, one glaring issue is the way the new genetics study was handled by the committee. On page 7, the report states:

More recently, a group from the American Societies of Human Genetics have used a genome-wide study to replicate Hamer’s Xq28 in animal model studies…

I know of no efforts like this using animal models. I feel sure they are referring to the study that found two regions of linkage between over 400 pairs of gay brothers. This study, along with other evidence, should have influenced the committee to come to a different conclusion.
Much of the report was reasonable (e.g., efforts to change have not been successful) but the conclusions the committee came to were not.
Committee press release PDF

The Republic of Uganda
STATE HOUSE Department of Press and Public Relations. News. Information. Communication
Telephone 0414 231900/0414343308; Fax: 0414 235462
Email: Press@statehouse.go.ug
P.O. Box 25497 Kampala, Uganda
Press Release
President to sign anti-gay bill after experts prove there is no connection between biology and being gay
February 15,  2014
President Yoweri Museveni has stressed that there is no debate regarding the promotion of homosexuality, those who are homosexuals for mercenary reasons and the promotion of exhibitionalism saying these should not only be dealt with by law but also harshly. “In my role as a strategist and a responsible leader for our country, there is no debate regarding the promotion of homosexuality. That one I totally agree with everybody that anybody who is promoting homosexuality we must stop him… this must be stopped by law and harshly. Secondly I do not accept those who become homosexuals for mercenary reasons, thirdly, I cannot accept exhibitionalism of homosexual behavior that must be stopped and stopped harshly. The only question which I raised was, are there those who are born as homosexuals? He said amidst ululations and clapping by NRM members of parliament currently attending a retreat at the National Leadership institute in Kyankwanzi. “That is why therefore am very happy. What is important for us is the authoritative statement of those who are charged with the medical affairs of Uganda at this time because they are the ones who are historically responsible. The question I put to them was, are there people born like this? Now they are saying they are no such people. And if they put it in writing… because this is a historical document…that the one who was running Uganda at that time got worried, asked the experts what did they say about this and this is what they said….then my work is finished,” he said attracting more cheering from celebrating legislators.
The President emphasized that this is a job for the scientists before reading out a letter from USA scientist about the same debate. (Letter from US scientists to be sent to the media ASAP) “The authorities are these ones, the University Medical School and medical authorities. And since they have put this in writing…me my job is finished. The most important thing is on the three where there is no debate. On the promotion/recruitment of homosexuals no debate; mercenary homosexuals no debate and exhibitionism not debate. Leadership is not a joke. Don’t just sit there because somebody is calling you Your Excellency, Honourable and you think you are a God. You are just a servant and a servant does his best to do the right thing. That is why I want a scientific answer not a political answer. Let the scientists answer this. And according to the way they have answered it, if they mislead us they are the ones who are responsible,” he said.
Dr. C. Ibingira the head of School of biomedical sciences at Makerere University as according to the data they have presented there is no single gene associated with homosexuality. (Paper will be sent to media ASAP) “Am speaking at the point from where we stand in space time of science..the evidence we have shows that there is no gene associated with homosexuality,” Ibingira said. The Presidential Advisor on Science Richard Tushemereirwe said it was wrong to try and use genetic link to justify homosexuality saying they may as well justify drug addiction or abuse. “Whether there is a link or no link to genes, there is no justification for this, it is a wastage of time for us to debate about this. The only science that I find relevant to the science of homosexuality is not genetic but public health citing India were homosexuality has been reinstated as a crime under their constitution. He said diseases that were initially confined to the genitalia like gonorrhea have now migrated to the mouth and throat like gonorrhea. Infections like HPV have found their way in mouth and throat from genetalia. “Homosexual person danger to himself and the public” he said. END

The report of the Ministry of Health: (Jim Burroway also posted this pdf of all 12 pages) 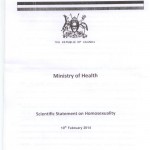 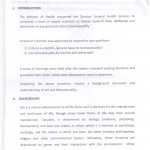 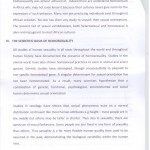 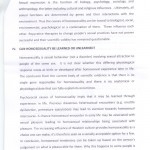 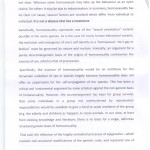 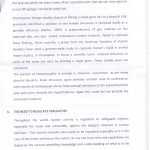 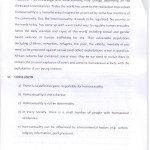 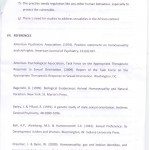 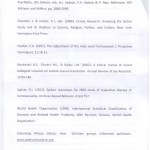 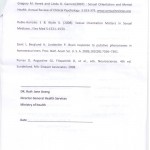 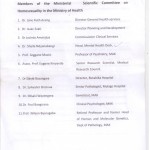