When the Washington Free Beacon revealed that an important member of Sen. Rand Paul’s staff, Jack Hunter (aka “The Southern Avenger”), had at one time been a member of the League of the South, pressure came quickly for Paul and Hunter to distance themselves from the League’s neo-Confederate views.  Eventually, Hunter resigned from Paul’s staff.

Pundits on the left and right questioned Paul’s judgment and views on race. Paul has been on the defensive and if he chooses to run for president, he likely will be asked again about his reasons for hiring a neo-Confederate sympathizer.

With the emergence of the Institute on the Constitution as an accepted organization within the Christian right, I submit the evangelical church now has a League of the South problem. As I have pointed out on the blog, the IOTC’s director and lead teachers are leaders in the League of the South. Founder and director Michael Peroutka is a member of the board of directors for the League and senior teacher David Whitney is the chaplain of the League’s MD branch. Peroutka has stated to a League of the South audience that his reasons for teaching the Constitution are not to reform the current government but to prepare for Southern secession or some form of governmental collapse. He has also pledged the resources of the IOTC to the achievement of the League’s objectives.

As I noted recently, the National Religious Broadcasting network is now showing the 12-part Constitution course with Peroutka and Whitney teaching. This course is also being shown simultaneously on Liberty University’s television network. The far right Sons of Liberty of Bradlee Dean is also offering the IOTC course. Peroutka is a regular on Steve Deace’s talk show. If not for parents’ protests, the Springboro School Board would have evaluated the course as a potential offering in their school district. The teacher of the course then moved it into a local church. Many mainstream churches, especially in Ohio, have hosted the course over the past several years.

Before the series started on the NRB network, I alerted the NRB about the connection between the League and IOTC. And yet, the series continues.

Is there a problem here? I may be wrong, I believe there is a brewing problem. Many in the nation are having important conversations about race and racism. Historically, the church has been divided over issues of race. The League fancies itself a Christian oriented organization with an objective to promote Southern secession to form a white, Christian nation. Will the evangelical church let these objectives enter the mainstream?

To my mind, the emergence of the IOTC raises significant questions. Is the situation I am describing here helping or hurting racial reconciliation? Can a League of the South board member simultaneously be a leader in the evangelical world? Does the stated aims of the course and organization matter if the content of the course serves Christian right political objectives?* Association with the League in the political world is enough to cause significant alarm; should the same be true in the church? Are there important differences between the political and religious worlds that make association with the League a problem in one place but not the other?
Does the conservative Christian church have a League of the South problem?

*A related issue relates to the accuracy of the course information. There are many problems with the IOTC programs I have seen (e.g., see this post) but this is also true of Christian nationalist programs without questionable ties to neo-Confederate organizations. 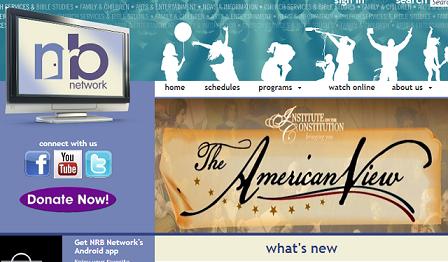